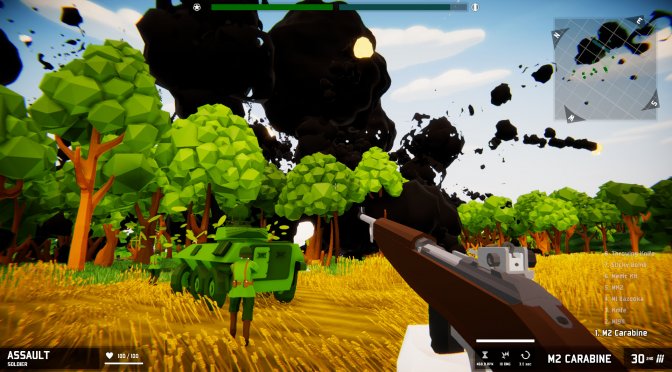 505 Games has announced that it will release Total Tank Simulator on Steam for PC in 2020. In order to celebrate this announcement, the publisher released a new trailer that you can find below. Moreover, there is a demo that you can download right now from Steam.

Total Tank Simulator is a physics-based tactical World War II battle title. The game will feature more than 50 battle maps and hundreds of historical or classified units and weapons. In the role of a military Commander, players will deploy massive armies and leverage their fleet of tanks, planes, cannons and infantry to fight tactically through intense battles.

Total Tank Simulator will come with three main game modes. Furthermore, it will feature a Sandbox Mode, Shadow Mode (survival mode) and Campaign Mode, with six different playable factions permitted in each game mode. Players will battle through a carefully detailed and totally destructable experience across the burning sands of the Sahara Desert, the emerald green fields of Europe and the snowy plains of Russian Taiga, among other detailed environments ripe for total destruction.

You can download the demo for Total Tank Simulator from here.