Autonomous Games has announced that their Unreal Engine 3 indie game, The Afflicted, will be released on January 2012 and will support DX11. This means that The Afflicted will feature Multi-sample anti-aliasing, Image-Based Reflections, Tessellation,  Screen Space Occlusion Mapping, Deferred Shading, and Bokeh Depth of Field. In addition, the company released some new screenshots to show off these new graphical features and can be viewed bellow.

The Afflicted is a 3rd person shooter that pits 3 teams against each other in struggle for resources and power within a crumbling society. The Afflicted was developed from the beginning around the concept of player control. First glances might give the impression of a typical third person shooter, but a few concepts set it apart. It’s a game of cooperative team-building. Players are scored on the collection of resources that allow them to shape the growth of their team.

A vital element of success is the creation of structures and barricades that can be placed at the whims of the players. A free-form movement system allows for creative navigation and evasion. The goal is to provide a refined, current-generation shooter that still manages to implement the kinds of choices that bring players back for more.

Although The Afflicted is now supporting DirectX 11, the game will be released with full support for DirectX 9, allowing users with older hardware to still experience it with a high level of quality. 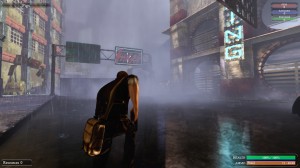 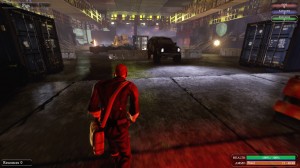