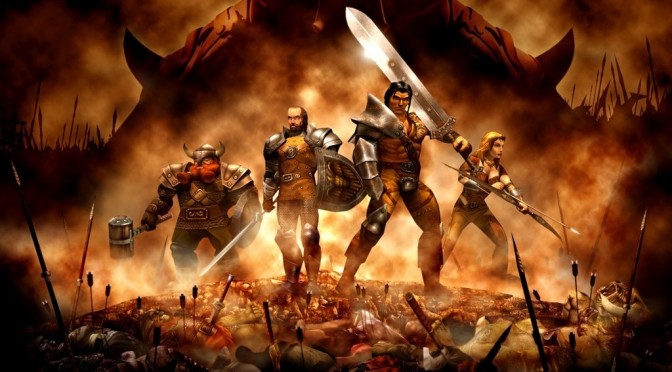 SNEG has announced that the action-adventure classic, Blade of Darkness, will make its way to PC via Steam and GOG.com this October.

Updated for the modern generation of gaming PCs, the re-release of Blade of Darkness will give players the chance to experience the relentless gameplay with unique and vicious combat mechanics and role-playing elements that helped to pioneer the “soulsborne” genre and influence so many modern, beloved games.

In Blade of Darkness, players take on the role of one of four characters. Each character comes with their own individual strengths, weaknesses, and skills, as they hack and slash their way through hordes of enemies.

This updated version will support widescreen monitors and up to 4K resolution. It will also have new display settings, and stability improvements. And… well… that’s it. Don’t expect any Ray Tracing effects or new HD textures.

“Since its initial launch, Blade of Darkness continues to build a dedicated following. Mods, ‘Let’s Plays’, and community patches are found throughout the gaming community even today. This only signals how undeserving was the game’s fate. I’m glad that we’ve managed to sort out everything legal and, to our luck, unearthed the source code with the help of the original dev team. Altogether this brings us to the upcoming October release.”

Now since this is a re-release, it may be compatible with some graphics mods. The one we suggest is Blade of Light.