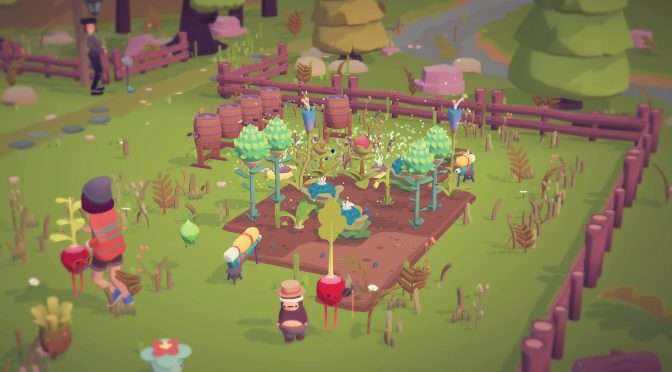 Glumberland has announced that it has signed an exclusivity deal with Epic Games for its upcoming title, Ooblets. According to the developers, Epic offered them a minimum guarantee on sales that would match what they’d be wanting to earn if they were just selling Ooblets across all the stores.

Glumberland claims that this was the main reason why it signed the deal with Epic Games. Thanks to this deal, the developers will be able to solely focus on improving the game itself. Not only that, but now they won’t have to worry about the game’s sales on the PC.

In case you weren’t aware of, Ooblets is a farming, town life, and creature collection game. In this game, players manage their farm, grow and train their ooblets, explore strange lands, and have dance-offs.

Glumberland claimed that Epic Games is paying upfront (meaning that the developers get the money the moment they sign the deal). As such, Glumberland will now be able to afford more help and resources to start ramping up production.

To be honest, I find this announcement as honest as it can get. The developers needed more money in order to finish their game so it made perfect sense to sign the deal with Epic. Yes, Epic is using its huge amount of money to secure as many as exclusives as it can. It’s a really anti-consumer move, no doubt about that. However, it appears that this money can at least be used so that developers can finish their games.

The developers later on tried to somehow address some of the criticisms that the Epic Games Store has received these past few months. To be honest, though, they did not convince me. I guess they should had stuck with just their initial statement.