Now this is a nice surprise. Our reader Gianluca Manocchio has informed about an interesting entry on ShopTo. As we can see, this online store has listed Injustice: Gods Among Us for the PC, even though the game has been announced for X360 and PS3. Since NetherRealm has not confirmed anything – and since we know that they don’t give a damn about the PC platform – we advice you take it with a grain of salt. Funny thing is that there is also a PC packshot for it. We’ll contact NetherRealm and try to find out whether this is true or not. You can view below a screen-grab from that PC item. 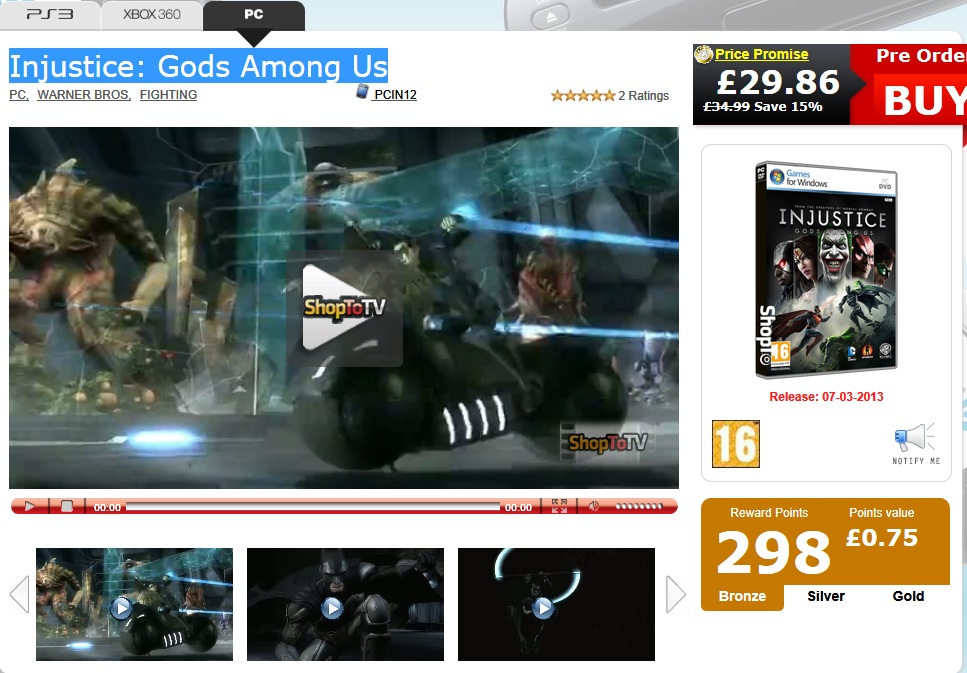