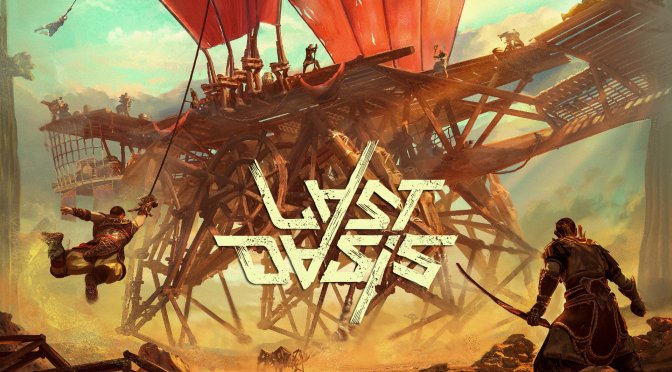 Last Oasis is a massively multiplayer online title with a nomadic survival theme. The game is being developed and published by Donkey Crew. This is a newly established game studio based in the historic city of Wroclaw, Poland.

The first developers of the studio came from small beginnings. Originating as a team of diehard modders from the Mount and Blade community. The studio is planning to make original games that they want to play.

In Last Oasis a cataclysmic event halted the Earth’s rotation, splitting the into two extreme and deadly environments. Humans must migrate to a narrow band between the hot and cold halves of the planet for survival. In order for them to move, they have built nomadic machines, called walkers. They also built a walking city called Flotilla.

This game is made up of several interconnected oases and each one is over one hundred kilometers. The oases exist simultaneously and their number automatically adjusts according to the size of the player-base.

You can protect yourself from threats by constructing portable bases and more permanent fortifications. The game will feature melee and walker combat.

Players can choose from one and two-handed swords, maces, axes, and quarterstaves. For ranged combat, players can mount weapons on their walker such as ballistas, scattershot guns, repeaters, or even giant slingshots.

You can watch the Early Access launch trailer below.