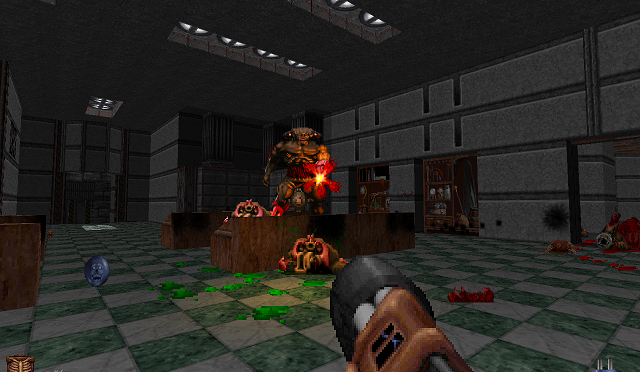 Modders ‘MrFroz’ and ‘Chunky ‘ have released a brand new version of his cool mash-up of the classic Doom and Blood games for GZDoom and QZDoom, Blood: Dead on Arrival. This new version polishes many gameplay aspects and adds a ton of brand new content.

Going into more details, Blood: Dead on Arrival v1.3 changes all of the vanilla Doom enemies with their Doom 64 versions. According to the modders, this was done because the more defined sprites and darker designs of the Doom 64 enemies fit better with the Blood environments. Powerups and skull keys have been changed as well.

Furthermore, there’s now a new episode you can select right from the start called “Bonus Levels” which contains a HUB area where you can select four new levels. It also adds a new weapon; the TNT bundle.

Last but not least, this new version packs plenty of gameplay tweaks, addition of dynamic lights and sound replacements.