Hi-Rez sent us word about the addition of a new goddes for their DOTA inspired game, SMITE, and the release of a new beta patch for their free-to-play FPS game, Tribes: Ascend. The new goddess of SMITE is called Arachne and she started out as mortal woman with excellent weaving skills and was turned into a spider by the cruel and jealous goddess of crafting, Minerva. You can find some artworks for this goddess after the jump.

On the other hand, the latest beta patch that was released for Tribes: Ascend features a variety of improvements cleanups for the game’s vehicles, the addition of a spectator mode, balance adjustments, and fixes to prevent some disconnects and server instability. Those interested can view the entire changelog here. 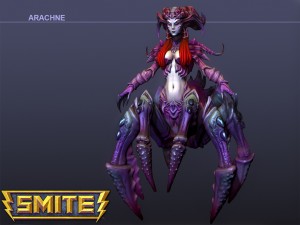 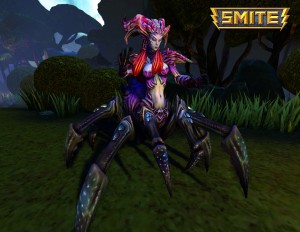