Innova announced today that the first content update to Lineage II – Goddess of Destruction is on the way! Known as Tauti, the second chapter will bring many improvements and fresh content to the globally popular competitive massively multiplayer online role-playing game this summer.

The brand new Festival of Chaos zone will tempt and richly reward high-level players with daily ‘last man standing’ player-vs-player events, and new features for clans will be added including bonus-granting flags and pets. Clan leaders will also be able to align their clans with the forces of Darkness or Light – each choice affects the atmosphere of the castle, and brings unique privileges to the entire clan. An overhauled weapons attributes system will allow players to incorporate both PvE and PvP attributes to their weapons of choice, and many new siege and class-related quests will be included in Tauti, along with skill changes, new talismans, and much more.

“With Tauti, Goddess Of Destruction – already the biggest update in the history of Lineage II – gets even bigger and better, and we can’t wait for our players to experience it. We will reveal further details in the coming months, but we can already say that with Tauti, leveling up in Lineage II has never been so easy, especially for new players.” 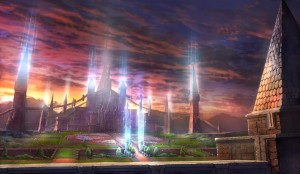 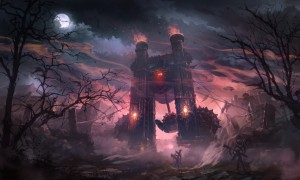