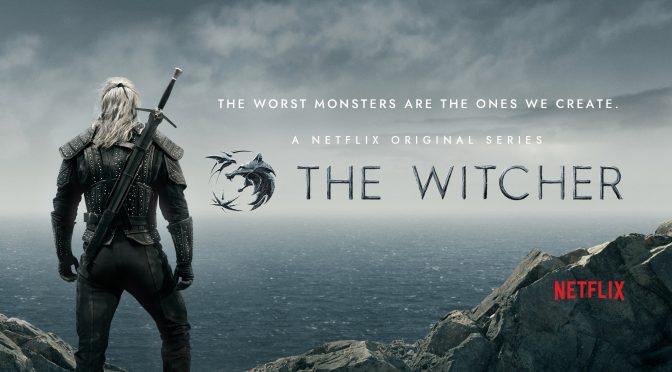 While the first season of Netflix’s The Witcher is still a month away, Netflix has recently announced on Twitter that there will be a season two as well. Below you can see the tweet featuring Geralt’s two swords. Probably the steel and silver swords, steel for humans and silver for monsters, his two trusted companions.

Geralt's adventure is only beginning….

The Witcher has been renewed for Season 2! pic.twitter.com/6iPrUFeujI

Now I don’t know about you guys but from the trailer it looks quite good. There are of course a couple of things I didn’t love, but overall I think it has potential. I also very much like Cavill’s voice, he sounds a bit like Doug Cockle, who is the voice actor of Geralt in the video games.

Also what did you guys think of his eyes? I really don’t mind them to be honest and probably having CGI on them all the time could end up looking bad. The intoxication state eyes though look freaking awesome, scary and intimidating as hell. Unfortunately I doubt non-sentient monsters get intimidated.

The swordplay also looks very cool and I do hope they will use continuous shots for the fight scenes. My only concern right now are the monsters. So far we have seen a Kikimora, which looked fine. We also got a bit of a Striga and something that looked like a combination of a Foglet, a Ghoul and a Nekker, from the latest trailer. I am really hoping they will do the monsters justice.

Also here is the latest trailer in case you missed it.

The series is set to be released on December 20th and all episodes will be available from the start.