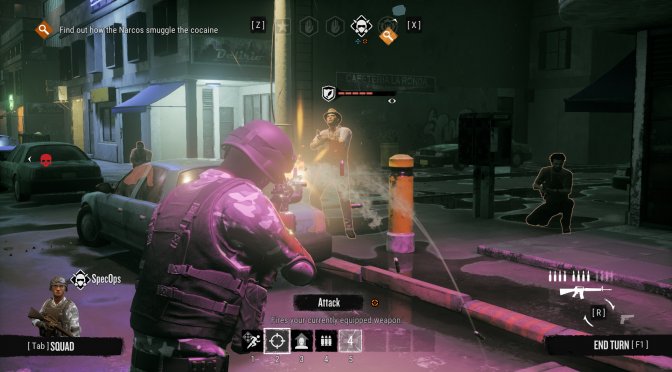 Curve Digital has announced that its upcoming turn-based strategy game, Netflix Narcos: Rise of the Cartels, will release on November 19th. In order to celebrate this announcement, the publisher has also revealed the game’s PC system requirements.

Narcos: Rise of the Cartels will players to relive the events of the first season. Players will take the side of either the Medellin Cartel or the DEA in two distinct campaigns. The game will also feature iconic locations and characters from the show.

For gaming at the High preset with 60fps, Curve Digital recommends using NVIDIA GeForce GTX 960 or an AMD Radeon R9 380. The game will also require 12GB of free hard-disk space.

Below you can find the full PC system requirements for Narcos: Rise of the Cartels, as well as a new trailer.