SuperData Arcade has shared its monthly report, stating that Mortal Kombat 11 has sold 1.8 million digital units on all platforms, thus making it the best digital launch in franchise history. On the other hand, Apex Legends fell out of the top rankings on console and PC and both Overwatch and Hearthstone still face declines.

Going into slightly more details, Mortal Kombat 11 sold 1.8 million digital units across console and PC in May, up from 400,000 units for Mortal Kombat X in 2015, largely due to rising digital download rates on console.

Apex Legends generated $24 million in April and monthly revenue now sits at over one-quarter of the launch-month sales from February. As for Overwatch and Hearthstone, both saw a sequential bump in total digital revenue following new content releases but still declined 15% and 37% year-over-year, respectively. On a combined basis, Overwatch and Hearthstone digital revenue across all platforms is down 39% year-to-date compared to the same time period in 2018.

Last but not least, NBA 2K’s in-game purchases grew 101% year-over-year in April, marking the largest single-month growth rate the franchise has seen since 2016. This right here shows why microtransactions will not go away anytime soon.

As always, here are also the world’s most popular digital games across PC, console and mobile for April 2019. 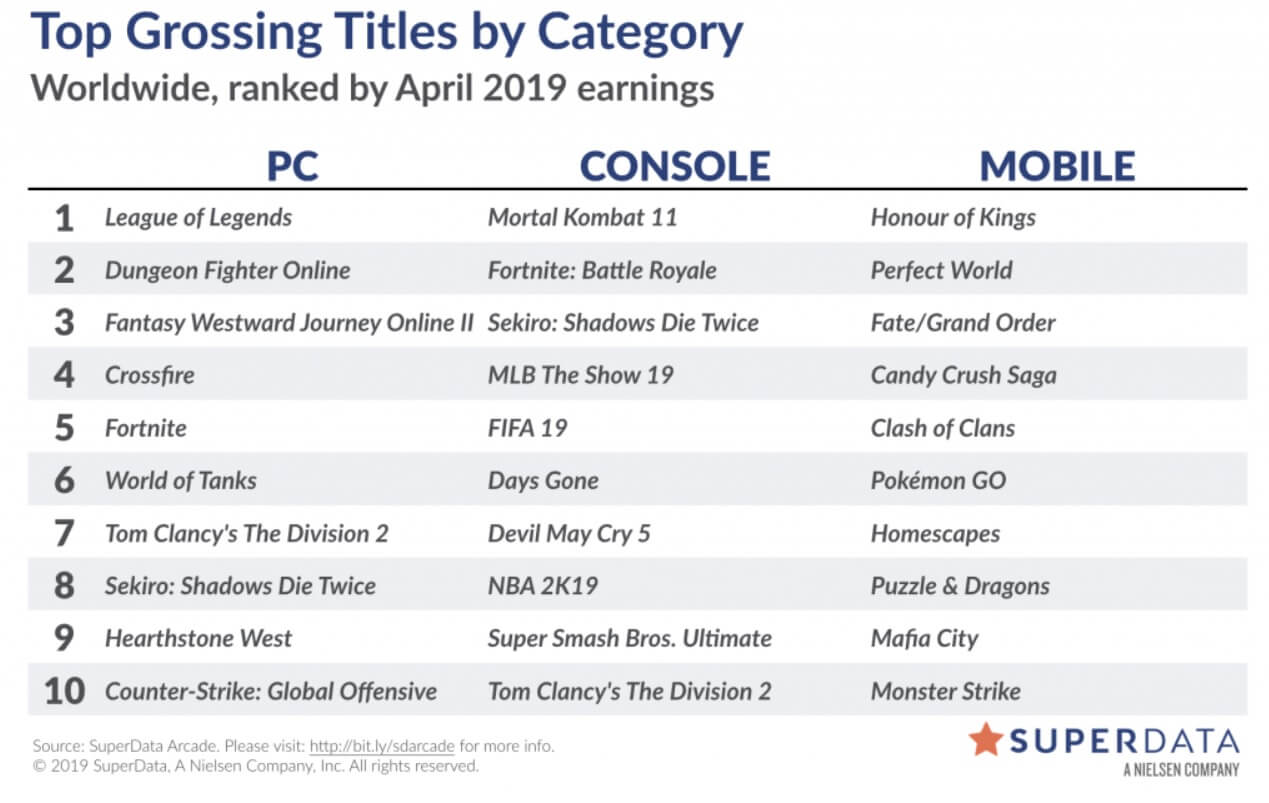