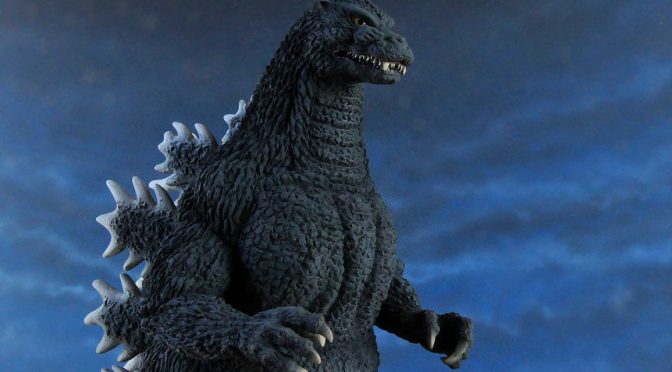 Monster Hunter: World producer Ryozo Tsujimoto, director, Yuya Tokuda and executive director/art director Kaname Fujioka have revealed which famous creatures they would like to see included in the action RPG. And as you may have guessed, the King of the Monsters is one of them.

Choosing from famous monsters seen on TV, in movies and comics, and various other media forms – the devs discussed which monsters they would love to include in Monster Hunter: World.

“I love Warcraft, so probably the Frost Wyrm or Sindragosa from that. It would be amazing to bring such visually interesting monsters to Monster Hunter: World and see them punish hunters with the wing-beating and ice breath!”

“I would choose Gigan from Godzilla. With its single eye, sharp claws, and electric buzzsaw on its abdomen, it’s a kaiju with a very ferocious design. There are other kaiju that I like, but I would want to choose a collaboration monster that does things we couldn’t otherwise do in Monster Hunter.”

“It’s got to be Godzilla himself for me. He’s the monster we’ve all watched since we were little, and he represents Japan!”

It would have been really cool if Capcom got Toho’s approval to include this iconic monster in Monster Hunter World. Perhaps via a futre DLC? Now that would be a cool DLC.