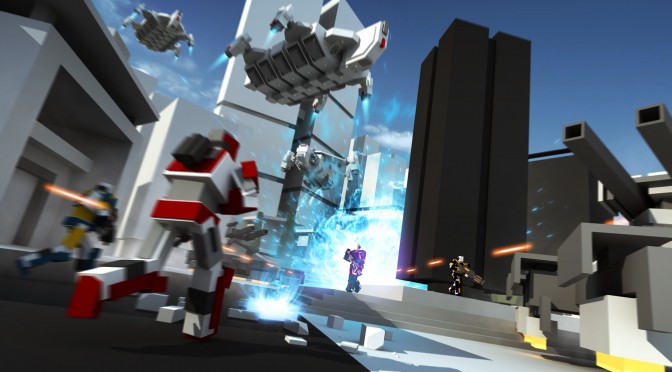 Remember Gigantic? You know, the recently announced online action game with MOBA elements in which you protect some giants that duke it out? Well, Alex Van Lepp has informed us about a similar game that is currently available on Steam (via its Early Access program) that is being developed by Human Head Studios and Atari, called Minimum.

Minimum is described as a fast-paced, session-based shooter that pits teams of five against each other with powerful, craftable weapons.

“At the core of Minimum is a blueprint crafting system where players collect resources to create customized, upgradable weapons and armor that power-up during kill streaks, enabling skilled warriors to become deadlier as matches progress.”

The biggest feature of Minimum is its Titan mode (in which players protect their Titan) but as you’d expect, Minimum also features a Team Death Match Mode, where 5v5 matches take place, but without the giant Titan.

The game is currently available via its Early Access program and as Alex noted, it will be leave Early Access in the next couple of months.