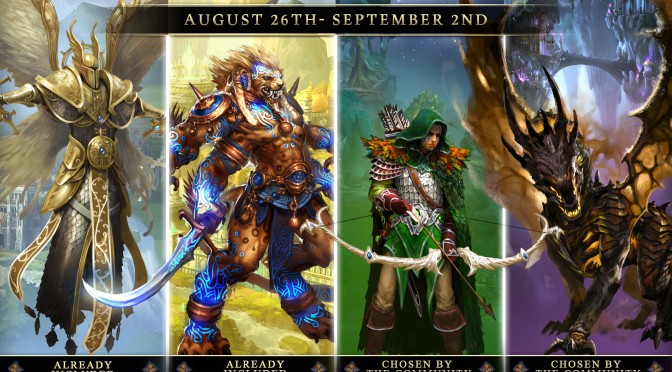 Ubisoft announced today that the Might and Magic Heroes VII second closed beta will start on August 26th at 12pm CET and last until September 2nd at 12pm CET. Players that have pre-ordered the game will still have guaranteed access to the second closed beta but thanks to beta key giveaways it will be playable beyond.

This second closed beta will give players the opportunity to dive deeper into the gameplay of the Haven and Academy factions, and will give access to two extra factions voted by the community itself for the first time: Sylvan and Dungeon.

In addition to the two Skirmish maps (Dried Lands and Bad Neighbours) playable during the first closed beta, beta testers will also be able to explore two new Skirmish maps: Fire & Blood and Irresponsible War. They will be able to produce resources, expand their town, recruit armies and develop their heroes in an effort to infiltrate their opponent’s empire.

There is no maximum level set for the closed beta and players will have unlimited access to the content until September 2nd.

Might & Magic Heroes VII is being developed by Limbic Entertainment, a team of devoted Might & Magic fans, and promises to be the best of the series by respecting its long-standing tradition and introducing features chosen the community.

“Combining a deep fantasy universe with a complete strategic experience, a rich RPG progression and a strong story narrative, Might & Magic Heroes VII offers players a more detailed world than ever to explore and conquer, a complex economic system to master and legendary creatures to face in epic battles.”

Might & Magic Heroes VII will be available exclusively on PC on September 29th.