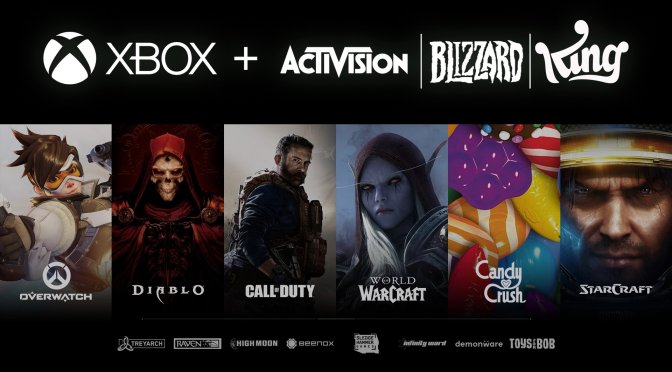 After acquiring Bethesda, Microsoft has announced a new acquisition. This time, Microsoft will acquire Activision. The planned acquisition will close in FY2023 (that’s the period between July 2022 and June 2023).

As Microsoft stated, the planned acquisition includes iconic franchises from the Activision, Blizzard and King studios like “Warcraft,” “Diablo,” “Overwatch,” “Call of Duty” and “Candy Crush,” in addition to global eSports activities through Major League Gaming.

“Gaming is the most dynamic and exciting category in entertainment across all platforms today and will play a key role in the development of metaverse platforms. We’re investing deeply in world-class content, community and the cloud to usher in a new era of gaming that puts players and creators first and makes gaming safe, inclusive and accessible to all.”

Similarly to Bethesda’s games, we expect Activision’s future games to be exclusive to Xbox and PC. That’s obviously for the games that will release after the acquisition closes.

Needless to say that this is a huge move for Microsoft. After all, the big M will get numerous studios under its umbrella, like Infinity Ward, Treyarch, Raven, Blizzard and Sledgehammer.

Let’s also not forget that Call of Duty is still a game that sells like hotcakes. On the other hand, Warcraft, Overwatch and Diablo may get a big development boost.