Marvel’s Avengers is the latest third-person, action role-playing brawler game. It’s based on the Marvel Comics, and is mainly inspired by the Marvel Cinematic Universe. The title features both single-player and multiplayer modes. However, the main focus of the game is the multiplayer.

So it looks like another “live service” game has underperformed once again. Based on the financial results briefing of Square Enix, Marvel’s Avengers probably caused a significant financial loss for the publisher.

The total cost of the game is approximately 170-190 million dollars. So far, the game have sold around 3 million units, which apparently are not enough.

This translates to a loss of approximately 60 million dollars. Which is a fair amount of money, even for a huge company such as Square Enix.

Outriders is the following big release from Square Enix for next year. Let’s see if that game performs better. With any luck, the company will learn from their mistakes and do better in the future.

Square Enix – reported Yen6.5bn loss for HD Games driven by Marvel Avengers, would not say how many sold but that volumes were 60% of plan. Implies game cost over $100m to make but only sold 3m or so. Ouch 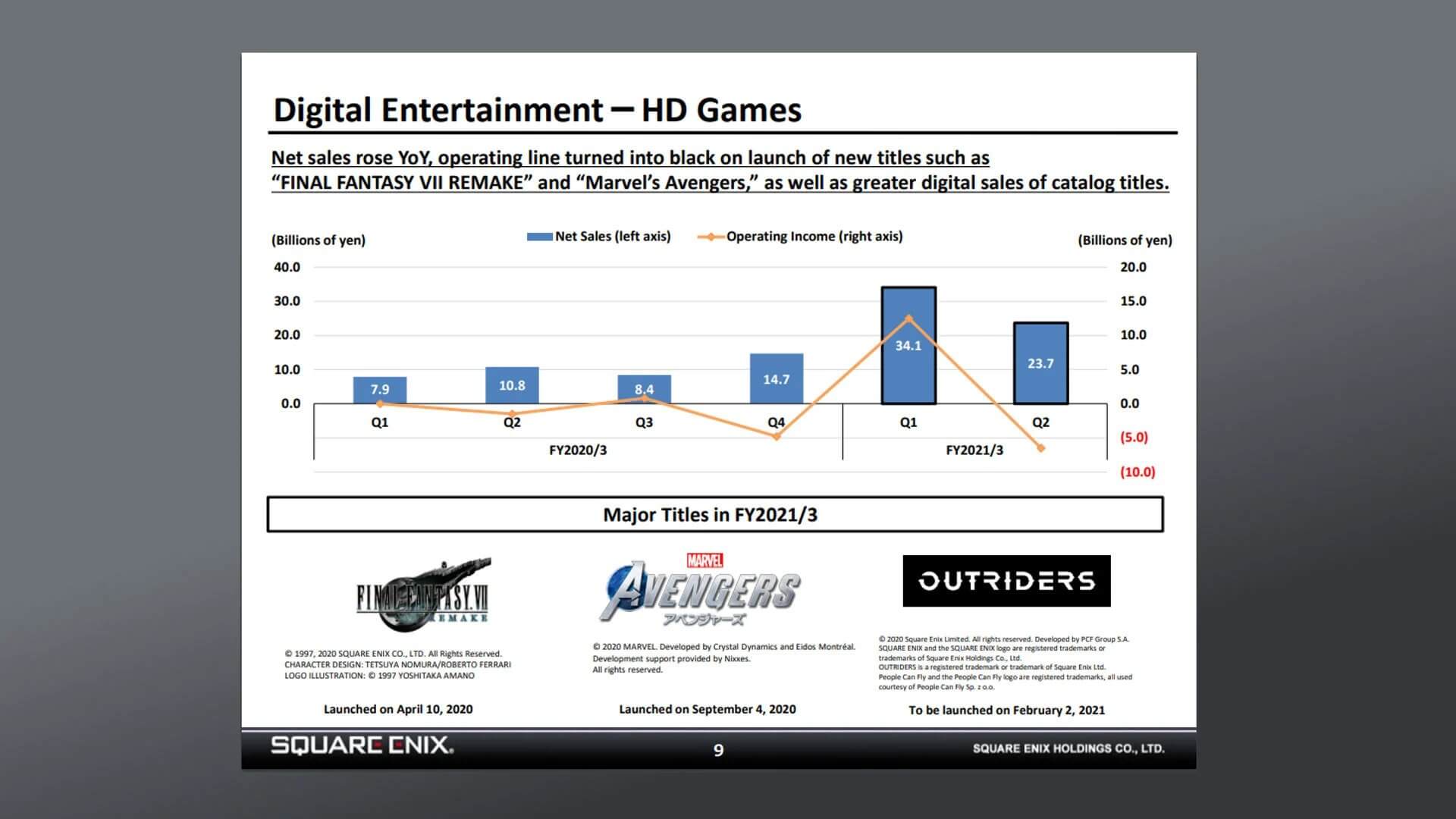