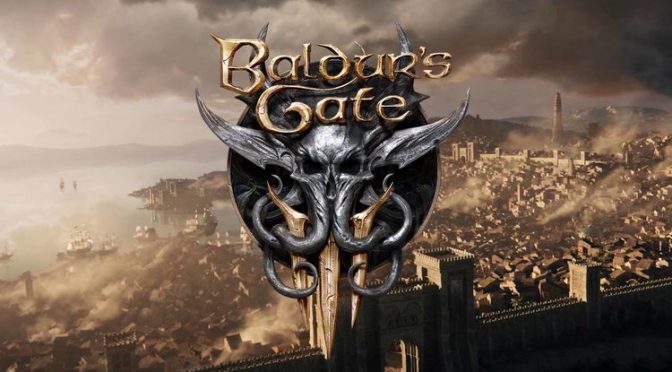 Baldur’s Gate 3 is the continuation of the 2000 CRPG from Bioware (not to be confused with Anthem’s Bioware). Baldur’s Gate 1 & 2 are being considered, from many players, to be two of the best CRPGs even made. Now Larian Studios, in collaboration with the Wizards of the Coast, are working on the third installment of Baldur’s Gate.

“It’s been in the works for over two years now. We approached Wizards [of the Coast] in maybe late 2016. We all know what it means to the players, what it means to Wizards of the Coast, and what it means to us to be bringing something so precious to everybody’s memory back to the video game space. While this won’t be a Kickstarter game, it’s still really important to us to maintain that communication and that level of dialogue with the community.” Swen Vincke

I haven’t play any of those games, because I’m not into real-time combat in isometric CRPGs. I prefer turn-based combat games like Divinity: Original Sin. Actually the second Divinity might be one of my top  favorite games on PC. It was bloody amazing and the definitive edition made it even better, something I though it was almost impossible. Astonishingly somehow they succeeded and they didn’t stop there. They released the definitive edition for free, for god damn free!

“When you’re working with a community that has an established idea of what you’re making, whether it be D&D or a CRPG, you really want to break new ground and make something exciting. I think when you’re experimenting with those new ideas, there’s nothing like reaching out to the community. They can think a little more wildly. When you come to them with those new ideas, they really respond to it. It’s a huge part of our development process.” Swen Vincke

In case any of you don’t know Larian Studios, let me tell you this; you should! Even if you don’t like their games, you should know that these guys are very talented and very close to their fans. I honestly cannot think a better studio to work on this title. Seriously, I am so excited I don’t even care if the combat ends up real-time.

“We’re going to make the best CRPG we can make. It’s just going to get wider and wider in terms of choice and consequence and depth and immersion. What we’re getting the benefit of with working on Baldur’s Gate is that there is this elaborate toy box of lore and history and depth that’s honestly unmatched, as far as I’m concerned, in tabletop history. You can expect an epic adventure in a world you may not remember because it’s been a while since you’ve played [Baldur’s Gate], but you’re going to be able to jump right back in there and enjoy that depth that you wouldn’t necessarily get with a brand new adventure in a brand new world.“ Swen Vincke

There is no official release date yet. Baldur’s Gate 3 will be available on PC and Google Stadia.

For any of you who missed it, here is the first “Community Update” video from Larian Studios. Enjoy!