A couple of days ago, a new rumor arose, suggesting that Konami was ceasing development of triple-A games. Naturally, a lot of fans got disappointed with this. However and according to Konami Europe’s community manager, this rumor is not true at all.

I hope re-purposing speculation and rumour as news, isn't the new standard

@Nyxus_MGS That's fine, most sensible people know how to navigate this Wild West known as the internet, whilst others will get all angry 🙂

Moreover, Reddit’s member ‘ComplexOrganisms‘ contacted Konami and asked about the future of FOX Engine. According to ComplexOrganisms, Konami replied and claimed that the company is still “definitely working on console games and franchises such as Metal Gear, Silent Hill, Castlevania, PES and all the rest.” 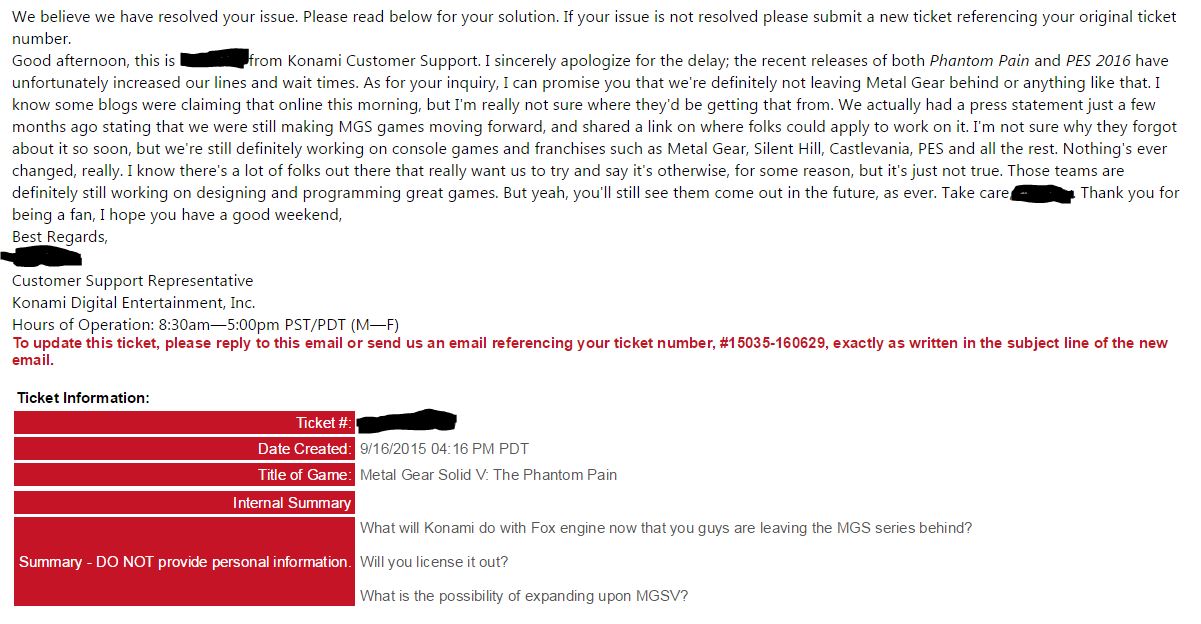 As we’ve said and with CD Projekt RED’s rumor, we’ll give Konami the benefit of the doubt. Whether this is an attempt at damage control remains to be seen. So here is hoping that Konami will restart the development for a proper FOX Engine-powered game similar to P.T.