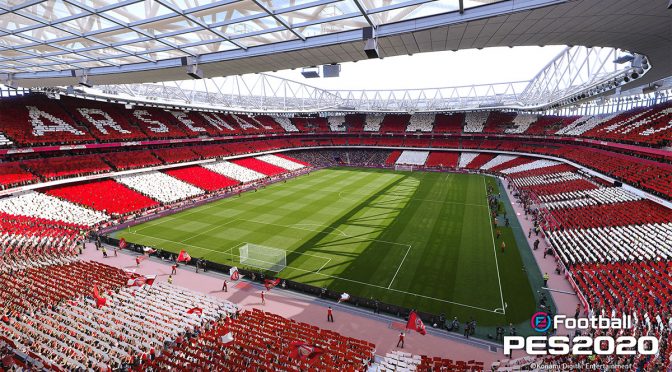 Konami has just announced the next part in its Pro Evolution Soccer football series, eFootball PES 2020. As its title suggests, this new version will be targeted mainly to eSports fans and will release on September 10th.

As Konami noted, in PES 2020, expert opinion has been employed wherever possible to ensure that every action made on the pitch stands up to the scrutiny of even the most discerning of football fans.

Most notably, the development team have worked closely with Andrés Iniesta to translate his innate ability to read the space around him and slip through the tiniest cracks of an otherwise impregnable defensive line into a new dynamic dribbling technique.

Fans of the series will agree, authenticity has always been important in PES, and that applies just as much to your on-pitch failures as it does your triumphs. In alignment with this philosophy, PES 2020 will feature realistic portrayal of player error, creating more opportunities for you to take advantage of careless mistakes made by opponents, while also encouraging you to live and breathe every moment of competition to ensure your own play is on point. Several new first-touch techniques have also been added, empowering you to take command of the ball in a way that suits your personal playstyle.

PES 2020 promises to also introduce a multitude of visual improvements to enhance your experience in matches and menus alike. Players will experience stadiums recreated in stunning fidelity using high performance 3D scanning technology, spectators in the stands reacting with jaw-dropping realism to the highs and lows of each match, as well as dynamic lighting systems that affect the angle of shadows cast on the pitch as time elapses during play.