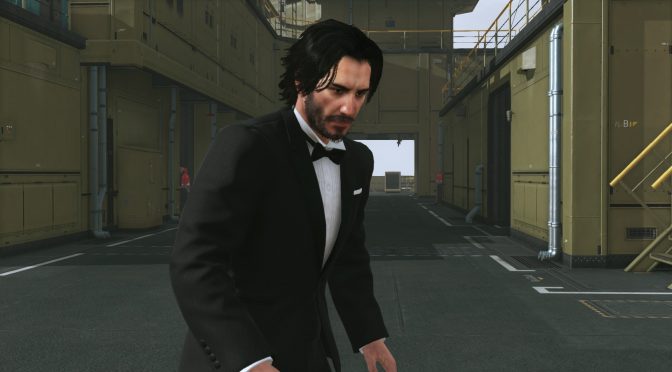 Keanu Reeves fans, here is something for you today. After the gaming community embracing Keanu Reeves, we were expecting the first mod based on the actor to be for CD Projekt RED’s The Witcher 3. However, it appears that the first Keanu Reeves mod is available for Konami’s Metal Gear Solid 5: The Phantom Pain.

Created by modder ‘JinMar’, this mod allows you to play as John Wick or Johnny Silverhand from Cyberpunk 2077. Now since these 3D models are based on Keanu Reeves, we are pretty sure that his fans will be very pleased with this mod. Now imagine if the modder could also, somehow, add the “You’re breathtaking” line to it.

Naturally, and since this is a 3D swapper, it does not alter/change the voices so it will be a bit weird listening Keanu with Kiefer’s voice. Furthermore, this is still a WIP project, meaning that there might be some glitches and graphical issues (in the John Wick screenshots you can clearly notice the different skin colours of the neck and head for instance).

In order to showcase the mod, JinMar has also released some screenshots that you can find below.