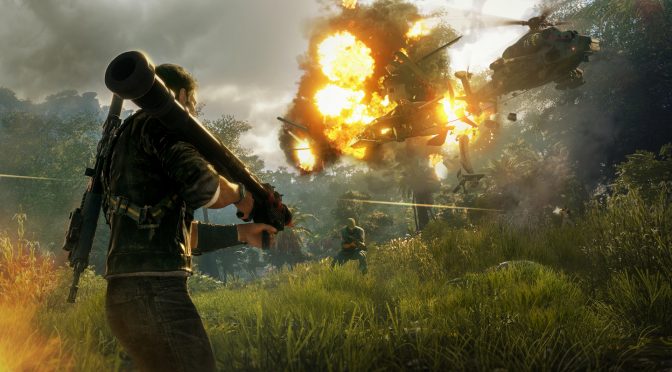 Just Cause 4 has just been released on the PC and in just a day, the game has Mostly Negative reviews on Steam. PC gamers list numerous graphical issues, downgraded visuals, bugs (especially with the menu), inability to remap keys and more.

As such, and since we’ve already confirmed some of the game’s issues, we’ll delay our PC Performance Analysis until Square Enix releases the first patch for Just Cause 4 (well, technically second patch as the game did receive a day1 update).

Moreover, YouTube’s Nick930 has released a video comparison between Just Cause 3 and Just Cause 4, in which he compares identical details and features between them. As we can see, the water effects have been greatly downgraded (though we don’t know whether is caused by a bug like the Texture bug that prevents gamers from lowering or increasing the quality of textures).

Just Cause 4 also suffers from major pop-ins and shadow cascade issues that the video did not cover. Furthermore, the explosions appear to be beefier and more spectacular in Just Cause 3 than in Just Cause 4. Not only that, but the latest instalment lacks the grass tech that was present in Just Cause 3.

Enjoy the video comparison below and stay tuned for more!