Hayssam Keilany, creator of iCEnhancer, shared an interesting new screenshot from what appears to be DICE’s Frostbite 3.0 Engine. According to the image, this is a shot from DICE’s Internal Test and showcases a wall and a Depth of Field effect. As the headline reads, this is a shot from Frostbite 3.0’s Pre-alpha build. DICE and Electronic Arts have not revealed anything about Frostbite 3.0 and we are not sure whether this is a legit shot or not, so take it with a grain of salt. Truth be told, the font of the letters seems a bit weird so this might be bogus. [UPDATE] After further investigation, it seems that this shot is bogus (mainly due to the font of the headline). Instead of deleting the post though, we decided to keep it. We don’t agree with Keilany’s attempt in using such a headline, but guess that’s a way to get everyone’s attention. Not that the shot itself shows much to prove that is indeed from a next-generation scene, but still. 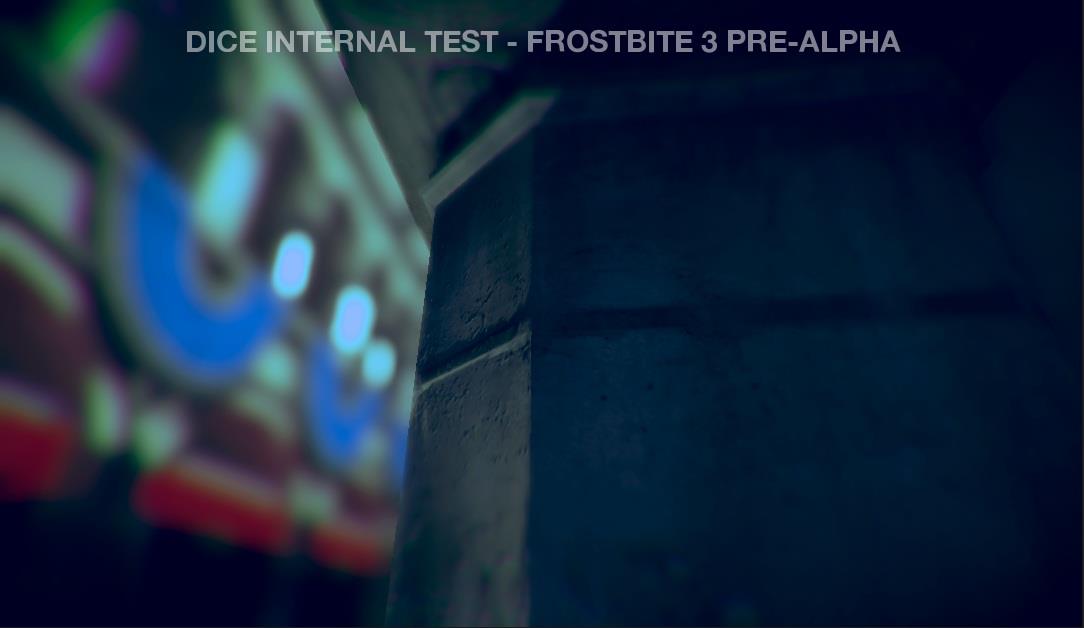