Ask every Star Wars fan about their opinion on KOTOR and you will most likely get comments such as ‘awesome’, ‘mind-blowing’ and ‘two of the best RPGs’. Should you be ashamed for not ever playing them? Damn right you should. But wait a second, you might be able to atone for your sins as Lucas Arts will re-release both KOTOR 1 and 2 in a bundle this Summer.

Reddit’s member ‘thekonamicode’ shared an image from a pre-order list. According to the image, the bundle will hit the PC in Summer and will be priced at $19.99 USD. It will come in two discs and it will – most probably – released on July 26th.

Could this mean that Lucas Arts is getting ready to build a hype about the KOTOR franchise and is there a possibility of a future KOTOR 3 title? Let’s hope so. There is definitely room for a new KOTOR game and let’s not forget that Lucas Arts has a team making an open world RPG. It’s a long shot and mere speculation, but it would be awesome. If Lucas Arts wants to spark interest about KOTOR, then we can expect to see this franchise hitting Steam too. 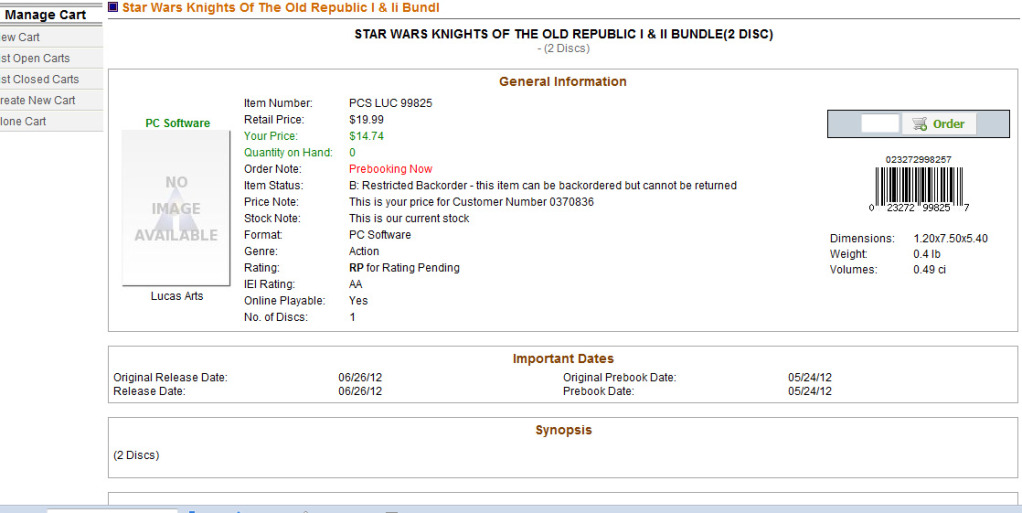