It appears that the roadmap for Intel’s mobile and desktop CPUs has been leaked. According to the roadmap, Intel will stick with 14nm CPUs for the next couple of years and we may see the first 10nm Intel CPU in 2022.

This is obviously underwhelming, especially for those that were hoping the blue team to move to 10nm in 2020. Not only that, but by then AMD will be most likely offering 7nm CPUs.

Now as we all know, Intel’s CPUs currently offer better IPC than AMD’s counterparts. As such, it will be interesting to see whether the new Zen2 CPUs will be able to close that gap, and whether the red team can surpass Intel’s desktop CPUs in scenarios that Intel excelled in the past (like video games).

Below you can find the image showing Intel’s current mobile and desktop roadmap. Kudos to our reader ‘Metal Messiah’ for informing us. 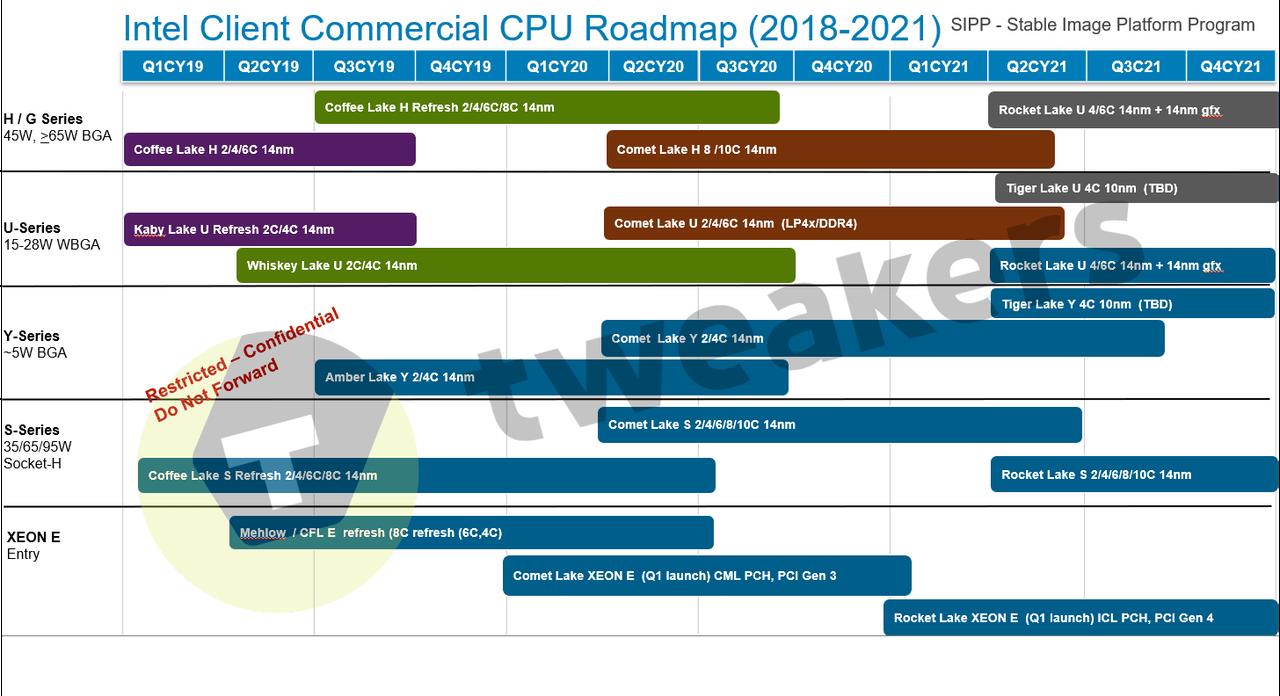