A blast from the past! It appears someone has managed to overclock INTEL’s 14-year old Celeron D 347 CPU to almost 8.37 GHz with Liquid Nitrogen cooling. This 2006 single-core LEGACY Celeron D 347 CPU belongs to the Intel Celeron D 300-series family of processors codenamed as “Cedar Mill”.

In case you didn’t know, the final revision of Pentium 4 was Cedar Mill, released in January 2006. This was a die shrink of the Prescott-based 600 series core to 65 nm, with no real feature additions but significantly reduced power and thermal consumption.

Celeron D 347 CPU was based on Intel’s Netburst microarchitecture and made using 65nm process technology.

The overclocker @Ivanqu0208 used the Asus P5E64 WS Professional motherboard which is based on the Intel X38 chipset for this processor, though we don’t know whether he did some modifications to the board’s voltage regulating module/VRM as well. This board supports the LGA 775 socket.

Achieving around 8362 MHz was no simple feat, and is a spectacular result for a 2006 chip made using Intel’s 65 nm process technology. But of course, you need Liquid Nitrogen/LN2 cooling to achieve such high clock speed values. Not what an average gamer would be doing on a daily basis, because this is all about breaking world records.

Regardless, this score is actually the 16th highest frequency ever achieved for an x86 processor, and has been validated by the CPU-Z software. 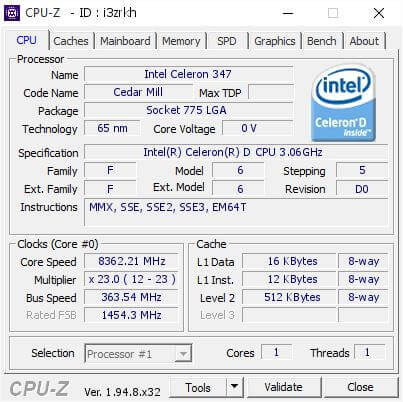 The highest OC score actually belongs to the Celeron D 352 processor which was overclocked by wytiwx to 8543 MHz.

AMD’s FX-8370 processor has the highest OC record of 8722 MHz though, which was also cooled using liquid nitrogen. “The Stilt” set this OC record in 2014. 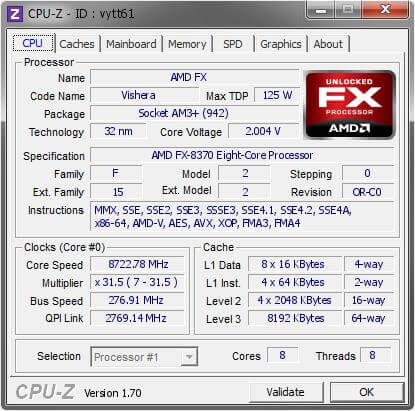 Breaking the 8.0 GHz barrier is not an easy task, and only 117 processors have managed to pass it till now. Basically, mostly AMD’s FX 8000-series, as well as Intel’s Cedar Mill-based Celeron D/Pentium CPUs were able to hit 8.0 GHz or higher frequency. 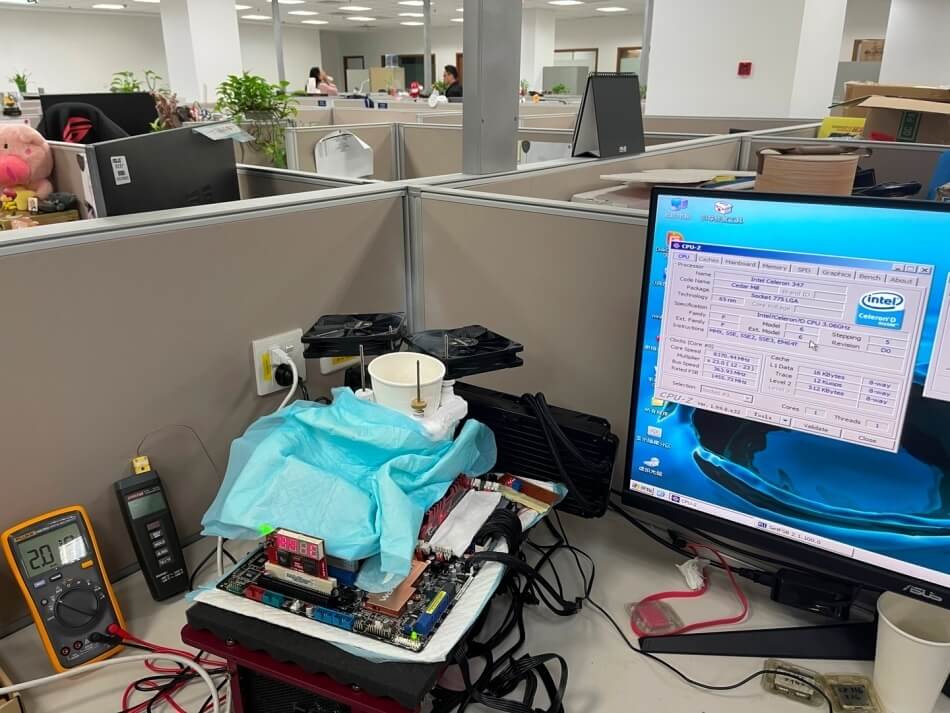