At Computex 2018, Intel showcased a new beast CPU that will release later this year. Although Intel did not reveal any additional details, it demonstrated a 28-core CPU running at 5.0Ghz on all cores. Furthermore, this CPU supports Hyper Threading, meaning that it can handle 56 threads. 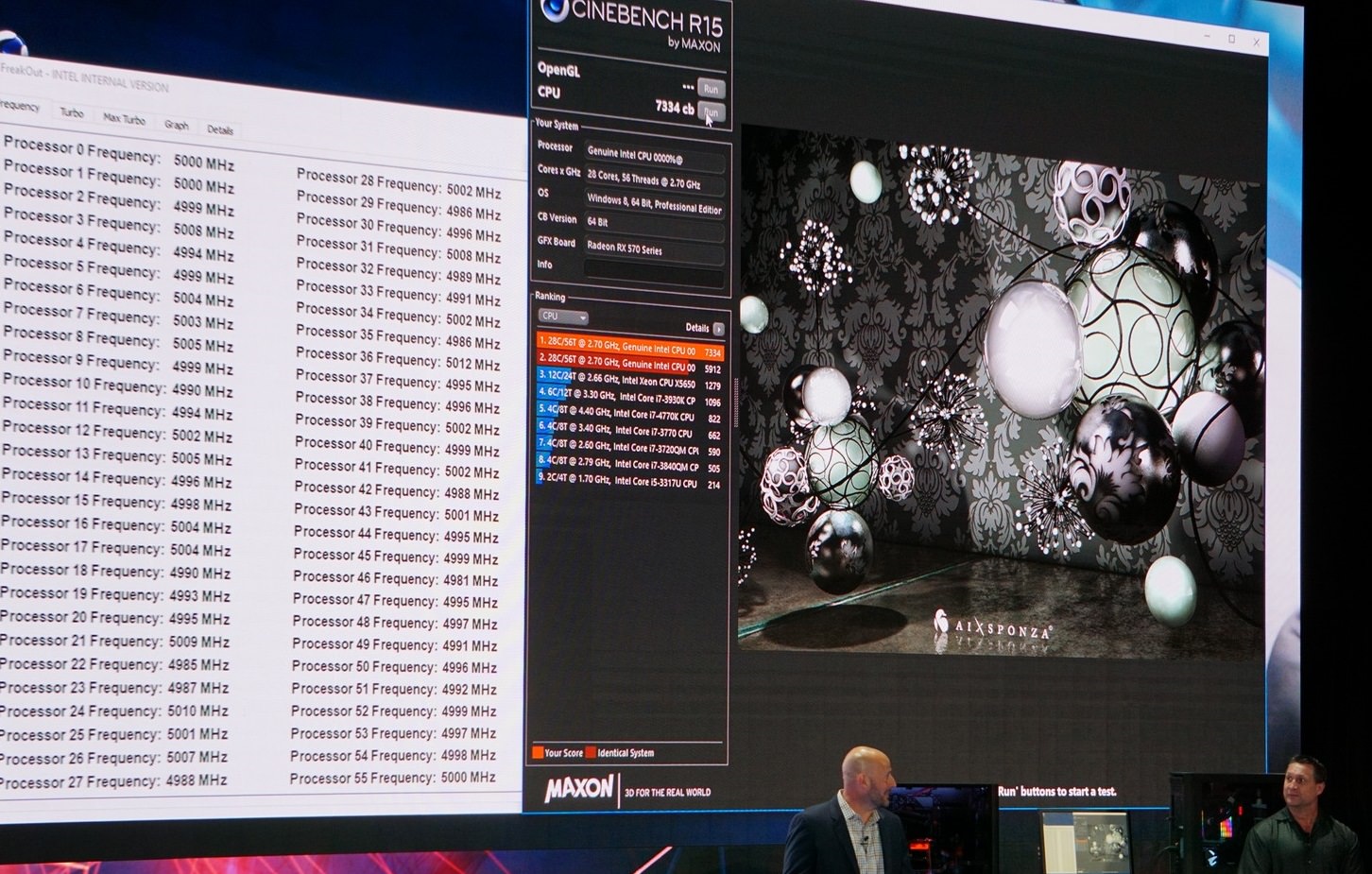 As said, Intel claims that this CPU will be available to the public in 2018. However, we don’t know how much this CPU will cost, its name, the socket it will be using, and whether it will be clocked at a 5.0Ghz frequency from the get-go.

In case you’re wondering, gamers should not invest right now in such a beast as most games nowadays cannot take advantage of more than four CPU cores/threads. Still, it will be interesting to see whether it will be able to match – in both single-thread and multi-thread gaming scenarios – Intel’s mainstream gaming CPUs.