Intel has hosted a training for retailers in China for its new upcoming Coffee Lake CPUs and according to some leaked slides, the high-end model – Intel Core i7 8700K – is 11% faster in single-thread and 51% faster in multi-thread operations than its predecessor, the Intel Core i7 7700K processor. These slides also confirmed the rumours that arose a few weeks ago, suggesting that the new Coffee Lake processors will feature more cores than their predecessors. 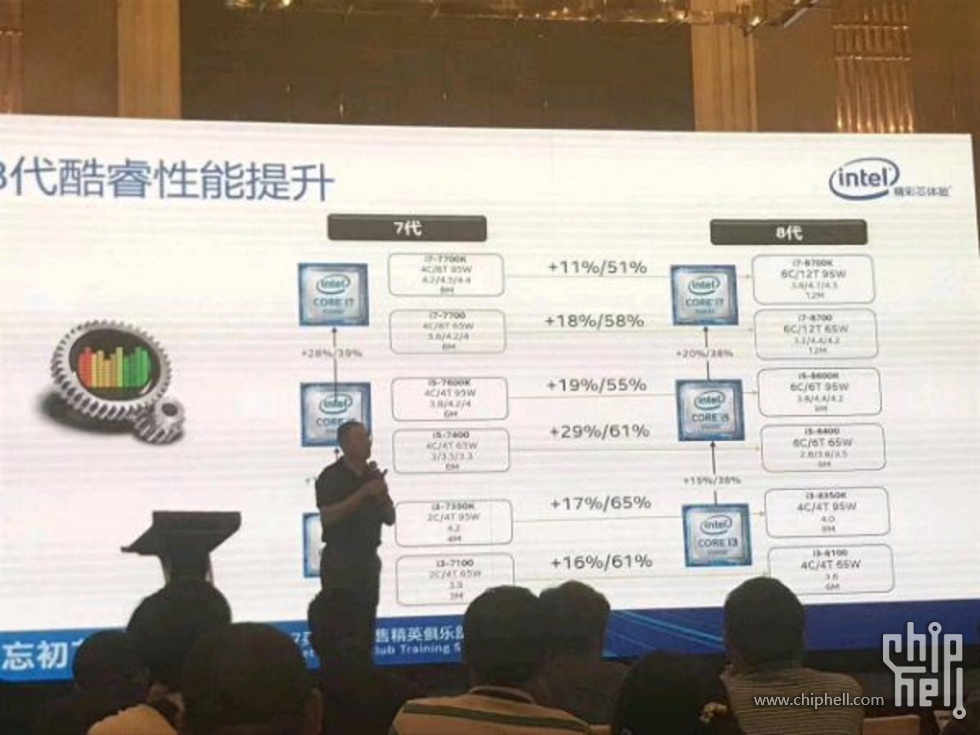