It seems that Amazon may have already leaked the PC version of Injustice: Gods Among Us. Earlier today, the following list was spotted in Amazon France, suggesting that the Game of the Year Edition of Injustice: Gods Among Us will be coming to our platform. Even though Warner Bros has not revealed anything yet, we should note that the online retailed was also spot on when it leaked the PC version of Mortal Kombat Komplete Edition. In short, this sounds plausible.

We don’t know whether the listing is still live or not, but we’ve managed to capture an image, showcasing all the platforms for which the Game of the Year Edition of Injustice: Gods Among Us is said to be coming. 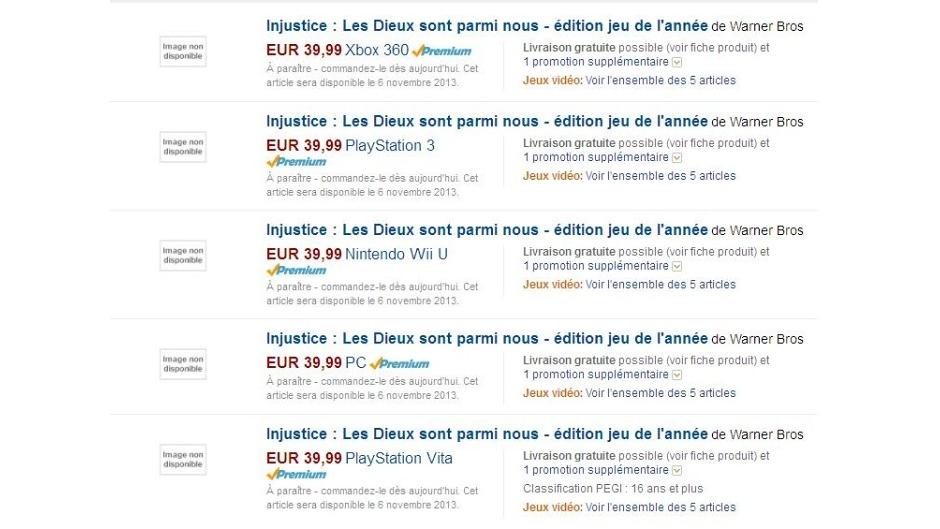 We have not spotted any Steam registry profile for Injustice: Gods Among Us, but we’ll be definitely keep our eyes on it. Why you ask? But because we believe that High Voltage will handle the PC version and that it will be a Steamworks title (pretty much like Mortal Kombat Komplete Edition).