Nic ‘bignic’ Gorissen has informed us about his indie title, called Zombies. Zombies is a violent, sarcastic, 2D isometric rampage game that pits you (an apathetic IT Helpdesk Operator) against the mindless, drooling hordes of Middle Management in a bloody and hilarious battle against corporate oppression.

Gorissen has created this game and handled its promotion by himself. You can find below some trailers for it, so be sure to check them out.

Zombies features entirely destructible world of offices, car-parks, and rooftops full of things to throw, smash, and light on fire, tasteless amount of blood-splatter, wickedly sharp chip-house soundtrack and an “Endless Mode,” in which players will have to survive and protect a stolen bail-out cheque from management who would use it to buy gold plated yachts.

In addition, Zombies comes with violent weapons and a slew of ridiculous, grotesque enemies, brain-dead bosses who spew scathing insults, buzzword vomit, golf clubs, and red tape at you, and a niche art direction.

Those interested can vote for it on Steam Greenlight.

The game can be purchased from here and is priced at only $4. 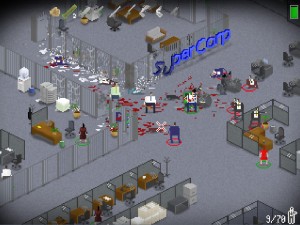 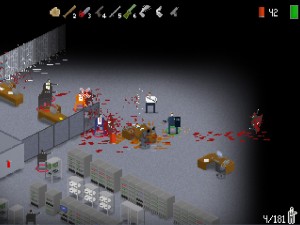 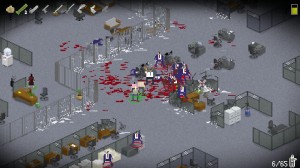 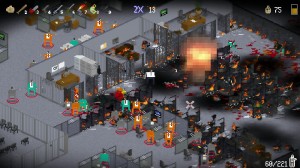