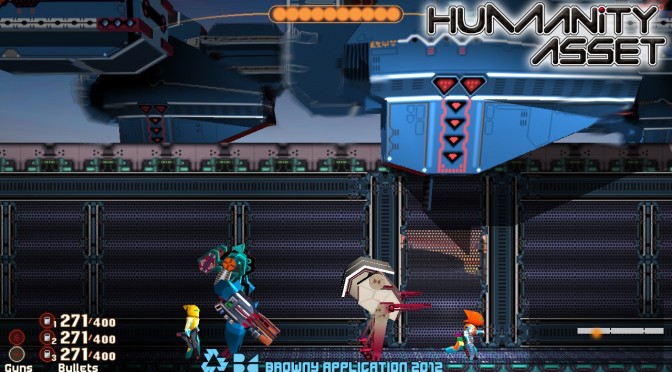 Browny Application announced today that Humanity Asset will be releasing today on Steam. In addition, the company revealed that a DRM free version will also be made available for a simultaneous release.

Humanity Asset is described as a Metroid style 3D platform shooter that pays homage to the traditional retro classic shoot ‘em up genre. Aliens have invaded Earth and are stripping mankind of their technology in an attempt to save their own planet from dying.

“Like all of the micro indie dev teams Kiss represent, Browny Application provides a fresh take on the classic gaming genre. Guys such as Borisut are able to realise their vision of a game in full rather than have it dilute by committee.”

“As a one man development team, the support provided by Kiss has allowed me to realise my dream.”