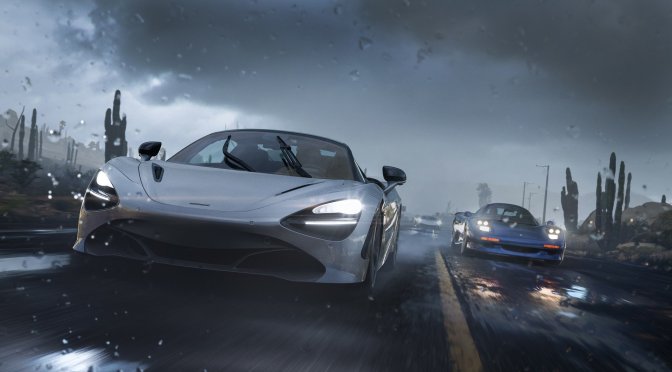 Microsoft and Playground Games have revealed the official PC system requirements for Forza Horizon 5. Playground Games has also re-confirmed that the game will have Ray Tracing reflections only in its car exploration mode, the Forzavista.

According to the specs, PC gamers will at least need an AMD Ryzen 3 1200 or an Intel i5 4460 with 8GB of RAM. Playground Games has listed the AMD Radeon RX 470 and the NVIDIA GTX970 as the minimum required GPUs. Moreover, the game will require 110GB of free hard-disk space.

Unfortunately, the companies have not listed the graphics settings, resolutions and framerates that these PC requirements target. My guess is that the minimum specs are for gaming at 1080p/30fps, and the ideal for gaming at 4K/60fps.

Forza Horizon 5 will release on November 9th and will support cross-play between PC and Xbox. 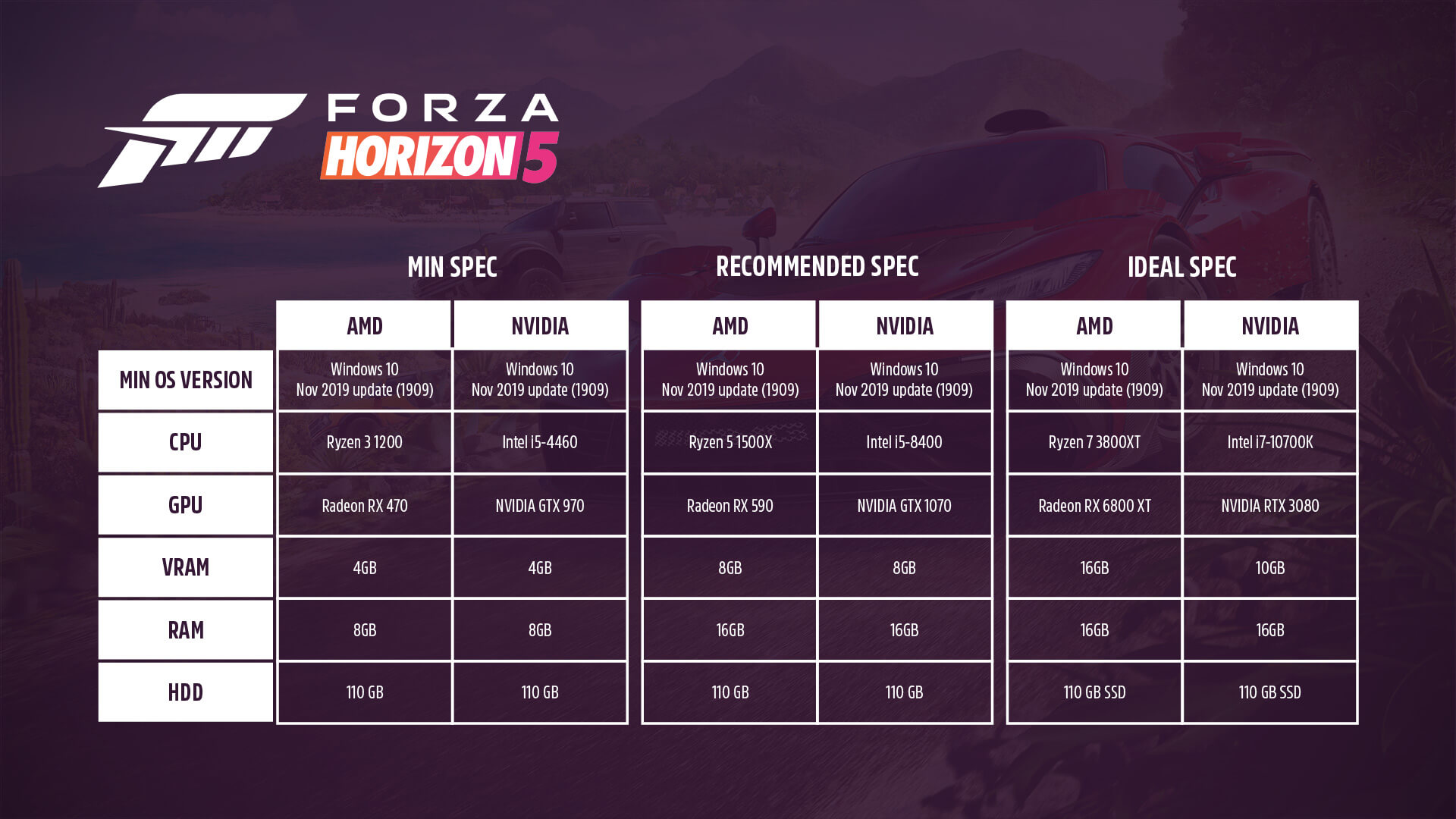