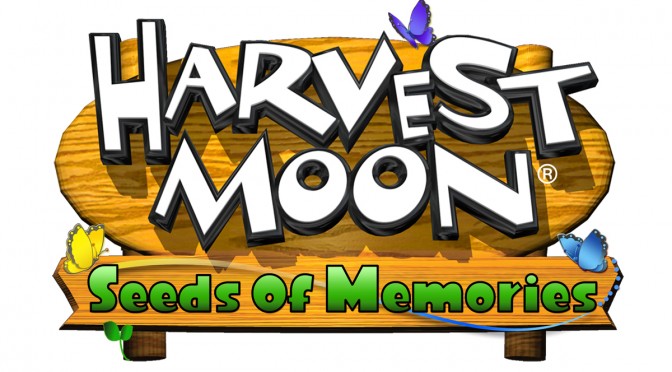 Natsume today revealed the next title in the long-running Harvest Moon series, Harvest Moon: Seeds of Memories. This is the first Harvest Moon ever on the PC. In addition, the title will also be the first mainline Harvest Moon title on both iOS and Android.

“From the farm to the town, we wanted Harvest Moon: Seeds of Memories to evoke the feeling of a classic Harvest Moon game with modern twists. We’re also excited to finally bring the Harvest Moon series to the Nintendo Wii U, PC, and mobile platforms, where fans have definitely told us they want to see the series.”

Harvest Moon: Seeds of Memories promises to bring players a sense of nostalgia, along with exciting gameplay twists.

Tasked with the job of revitalizing a farm, players will need to befriend the villagers in town to unlock the titular “Seeds of Memories”.

Seeds can be unlocked in many ways, such as giving a villager their favorite item, catching a giant fish, or by raising their first cow. Players will need to be up to the challenge of collecting all of the Seeds of Memories.

The animal department will feature cows, sheep, and chickens, along with a horse to ride, and a dog to keep as a pet. Farmers will also have a new pet to take care of, a bobcat. The bobcat starts out wild, but as players befriend the animal, they might be able to convince it to become their friend.

Featuring cooking, fishing, foraging, and mining, players will need to upgrade their tools to find the highest-quality items. Players will also be able to participate in contests and festivals like the Cooking Contest and Starry Night Festival.