Remember that GameStop placeholder we mentioned yesterday? Well, I’ll be damned, it seems that it was not a simple placeholder after all. Keep reading because there is a hidden message at the Blappeture website that was recently launched. This is a HL/Portal fansite, we know that much, so as always take everything you read with a grain of salt. Go ahead and take a closer look at the website’s source code. Come on, go ahead and you will find something that will blow you away… provided that it’s legit.

In case you’re not familiar with the HTML code, a little hidden message was included in there. This message has three, sweet words: “hl3 q2 2012”. This does not mean that HL3 will be released then, so don’t get excited for something like that, but we can assume that the game will be revealed at the second quarter of 2012. Or that some news for it will be unveiled at Q2 2012. We captured an image of that code, so you can view it below.

Earlier this week, people thought that the audio file – that is included at the website – was a reference to Half-Life 3 and got excited. However, that file was then linked to the newly released DLC by some Steam users. Ironically, the reference for Half-Life 3 was still in Blappeture, only at a difference place. People had to look at the right place. 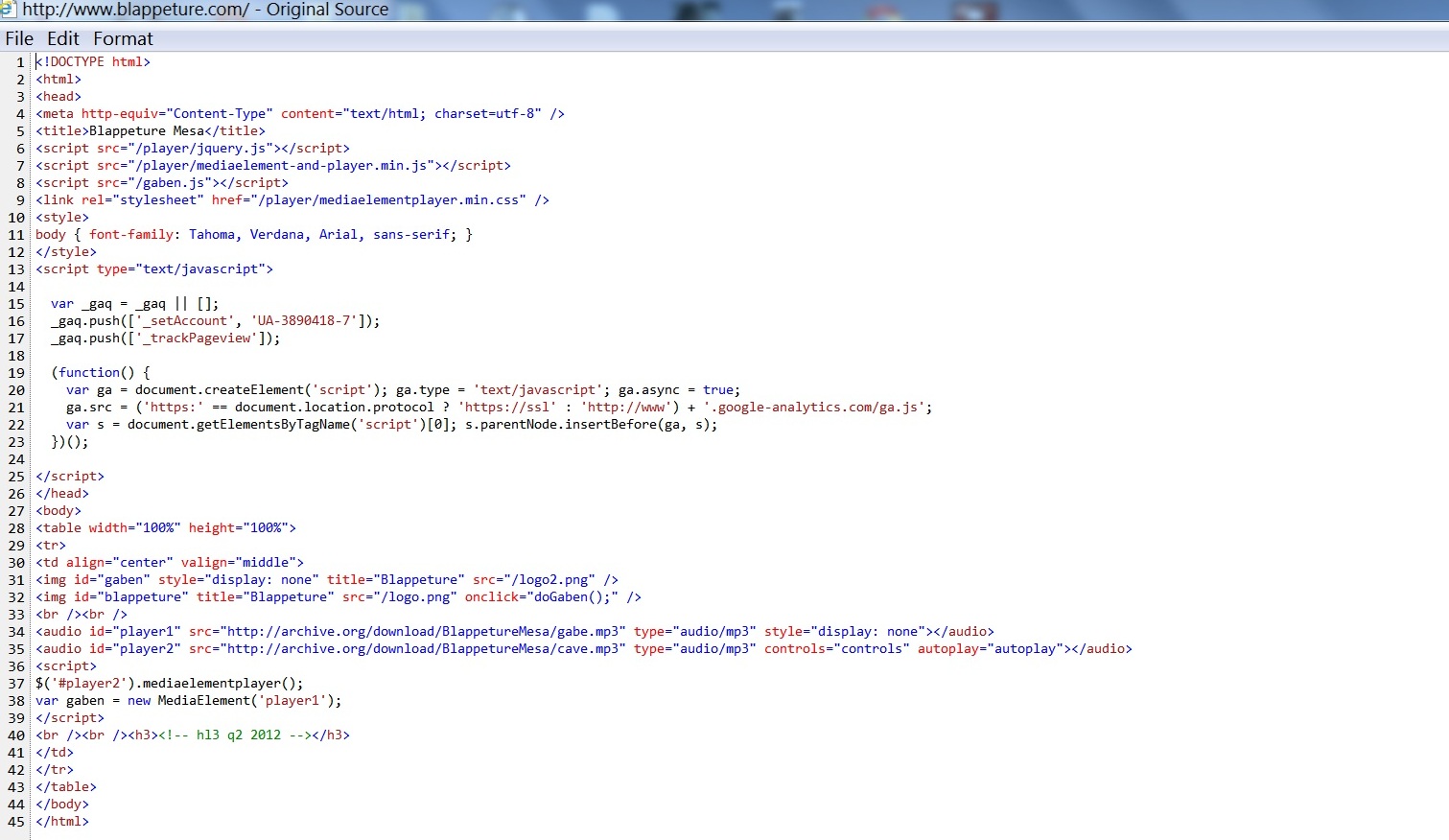