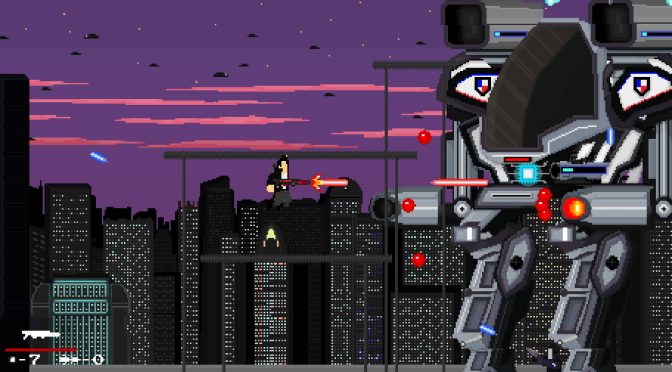 Denis Galewski has informed us about his indie game that has been in development for three years, Gun Rage. Gun Rage is an old-school, fast-paced, side-scrolling, run and gun with 16-bit era graphics, heavily inspired by such classic series as Contra and Metal Slug, and pays homage to the greatest games of the genre.

Gun Rage is taking place in a distant future, where players take on the role of a smuggler named Axel Gunn, who gets robbed and nearly killed on one of the delivery missions. Axel sets out on a path of revenge to retrieve the stolen and to crush anyone who dared to mess with him, incurring the wrath of a mighty, menacing enemy. True, terrifying powers of which, he could not imagine.

Galewski has also released a trailer for Gun Rage that you can find below. This trailer packs numerous references to games such as Contra, Robocop, Bad Dudes and more.