NCsoft revealed today the Pre-Purchase programme for Guild Wars 2, the most anticipated online role-playing game scheduled for release in 2012. From 10th April, players who pre-purchase the Guild Wars 2 Collector’s, Digital Deluxe or Standard Editions will receive guaranteed entry into all beta weekend events and a three-day head start prior to launch, giving them the opportunity to be among the first to secure their character and guild names. As a bonus, players who pre-purchase any edition will also receive an exclusive Hero’s Band, which will provide their characters with a variety of stat enhancements as they venture into the world of Tyria in Guild Wars 2.

The Guild Wars 2 Collector’s Edition offers fans an unparalleled collection of physical content that goes beyond the game. The centrepiece of the Collector’s Edition is a detailed, hand-painted 25 centimetre statue of the bestial warrior Rytlock Brimstone wielding his signature flaming sword. Along with the Rytlock statue, players will receive a custom frame with five stunning Guild Wars 2 art prints from world-renowned artists, a 112-page Making of Guild Wars 2 hardback book, a Best of Guild Wars 2 Soundtrack CD by award-winning composer Jeremy Soule and five in-game items, including a Mistfire Wolf that will fight alongside players and a miniature Rytlock who will accompany them on their travels through Tyria. 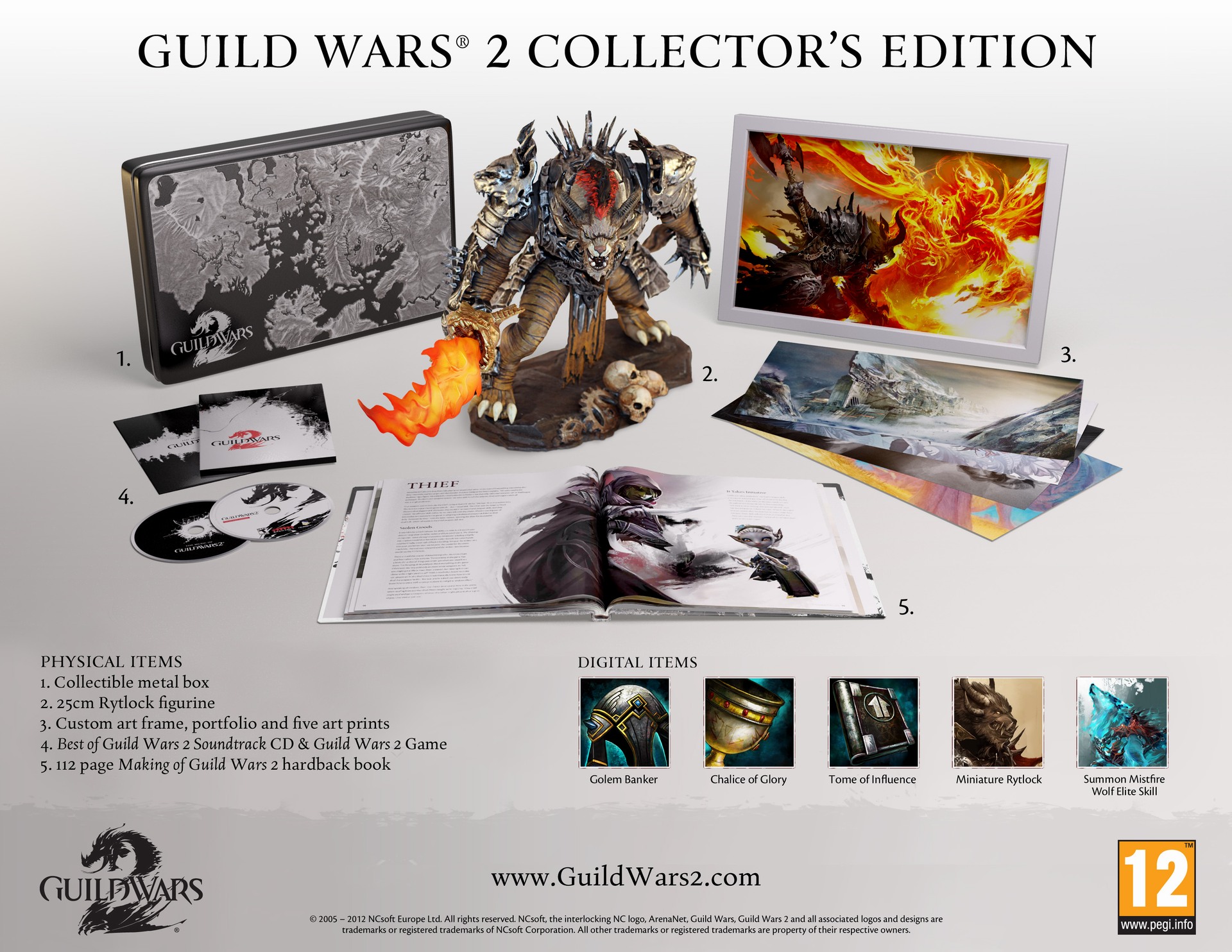