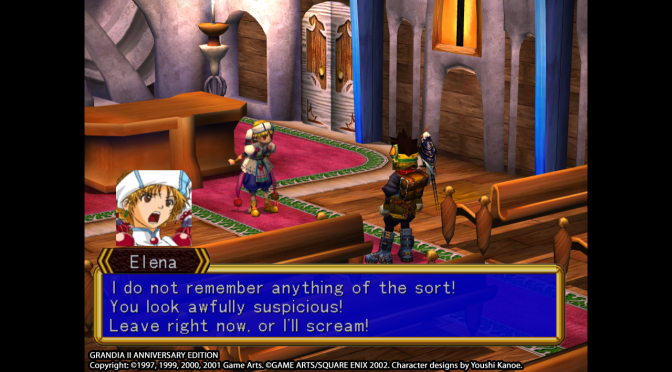 The Anniversary Edition of Grandia II has just been released and unfortunately, this remastered edition is locked at 30fps. Our guess is that this is due to the original Dreamcast version that is also running at 30fps. The funny thing here is that Grandia II runs with 60fps via the NullDC Dreamcast emulator.

It remains a mystery whether this will be fixed via a future update. For now, you’ve been warned that Grandia II Anniversary Edition is locked at 30fps, and that’s a shame.

For what is worth, the Anniversary Edition of Grandia II comes with a number of visual upgrades such as new shadow, lighting, resolution, anti-aliasing and many other graphic improvements, new Japanese voice acting, a new difficulty level, and controller support.