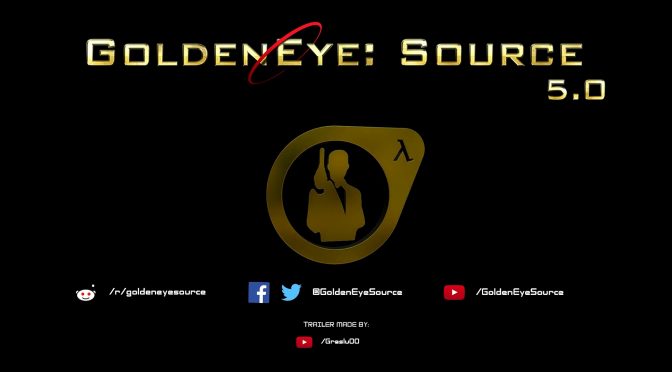 The team behind GoldenEye: Source has informed us about the release of its latest version. GoldenEye: Source 5.0 is currently planned for an August 12th release (Edit: actually, it’s now available), and below you can find a new trailer for it.

In case you weren’t aware of, GoldenEye: Source is a total conversion for Half-Life a free online multiplayer arena first-person shooter – created as a total conversion on Valve’s Source Engine – that aims to provide a faithful recreation of the classic N64 title GoldenEye 007’s multiplayer with refined gameplay, high definition graphics and sound.

This new version of GoldenEye: Source will feature the Dam level, new achievements and reimagined weapons.