Hi-Rez Studios announced that the Recursive Colony expansion to Global Agenda will be released in early Fall and will be available to all players with no purchase required. Version 1.5 will be the largest content update in the history of Global Agenda. Attendees of the Penny Arcade Expo in Seattle, WA can be the first to play the new content this weekend within the Hi-Rez Studios booth #252.
Global Agenda, the award-winning squad-based shooter MMO, was the first free-to-play game on Steam and has received numerous content updates since release. But the upcoming Recursive Colony expansion is significant in that it introduces a brand new Open Zone, the first such addition since the Sandstorm expansion last summer.
Todd Harris, Hi-Rez Studios COO said:

“Players seeking a quest-driven, narrative experience post level 20 can now level-up in the new Open Zone as an alternative to, or in addition to, our instanced missions. We’ve also included a new set of instanced PvE and PvP content for players at all levels.”

Version 1.5 is themed around the Recursive Colony – an electronic, hive-mind faction of robots constructing robots and intruding upon the player social hub of Dome City. 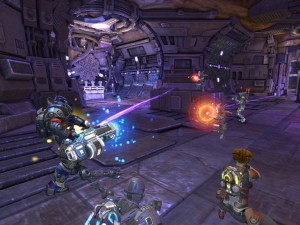 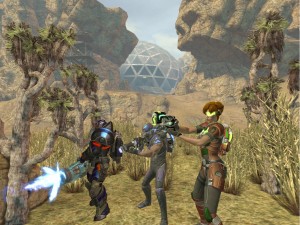 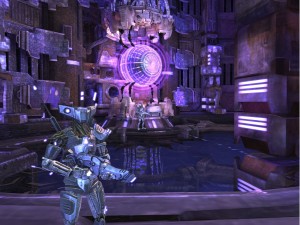