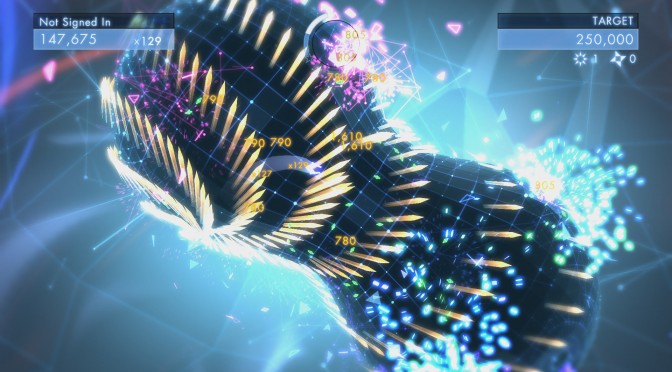 Sierra Games announced today the release of Geometry Wars 3: Dimensions on Steam and in order to celebrate it, the publisher has rolled out a launch trailer for it. This frenetic arcade shooter from developer Lucid Games is the latest instalment in the Geometry Wars franchise.

The new game advances the series to unexplored frontiers, bringing its retro-inspired action and energy to more platforms than ever before with an added twist to its classic gameplay – 3D grids!

“Geometry Wars is a part of our DNA. Several of us here worked on prior games in the series and we’ve had ideas kicking around in our heads for where it could go next. Partnering with Sierra to bring those visions to life has been an amazing experience.”

Geometry Wars 3: Dimensions is an exciting evolution of the fast-paced twin-stick shooter gameplay the Geometry Wars franchise helped define nearly a decade ago.

While the game’s look should be immediately familiar to hardcore fans, it features new 3D action and gameplay modes, a dedicated single-player campaign with 50 levels and revamped online cooperative and competitive multiplayer.