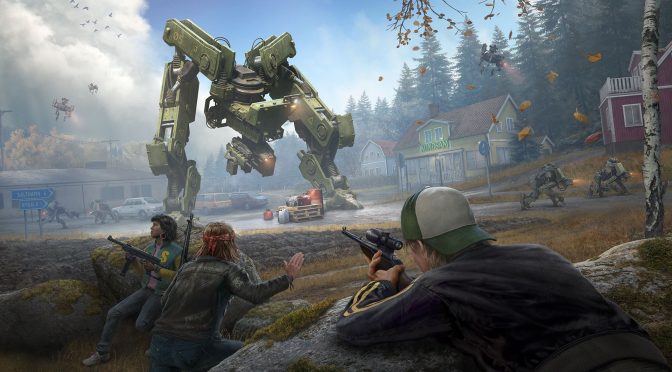 Avalanche Studios has released a brand new major update for its open-world first-person survival game, Generation Zero. According to the release notes, the March Update adds Crafting and improves the game’s Inventory system.

Thanks to this new Crafting system, players can add bonus stats to any of their apparel. Avalanche has also created a handful of potential bonuses for your clothing, including explosive damage resistance or a noise reduction bonus.

Furthermore, Avalanche has taken another pass at the beginning Archipelago region and given it quite the significant update. Players will now see more named locations, more interesting “world scenes”, and more variety in the houses.

Additionally, the March Update adds the option to choose the level of difficulty they want to face in the game. From today you’ll see 3 difficulty options for you to choose from. The Skirmish difficulty will be the equivalent to the game’s status prior to this update. The other two difficulties will either increase the combat challenge (Guerrilla) or allow for more focus on the story over combat (Adventure).

As always, Steam will download this latest update the next time you launch its client. You can also find its complete changelog here.