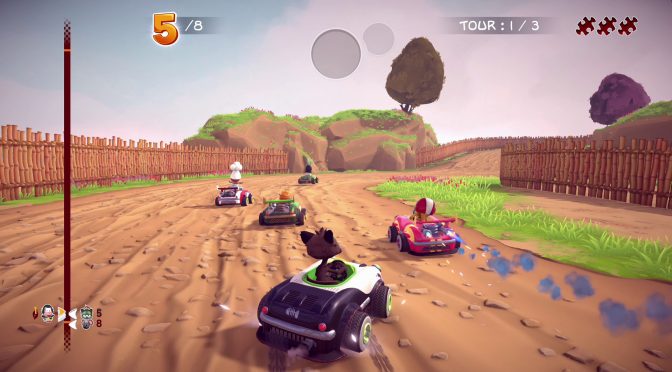 Microids and Paws have announced the upcoming release of the game Garfield Kart Furious Racing. According to the press release, the game will be available on Steam on November 5th in the United States and on November 7th in Europe.

The game will reunite with the series’ 8 iconic characters (Garfield, Odie, Jon, Nermal, Arlene, Liz, Harry and Squeak), and will also support up to 8 players and split-screen races with up to 4 players.

Each of the available characters and karts (which can be customized with dozens of accessories) will have its own characteristics and a unique driving style. As such, players will be able to make a strategic choice to match their playing style so that they can cross the finish line in first place.

In order to celebrate this announcement, Microids has also released a new set of screenshots that you can find below.