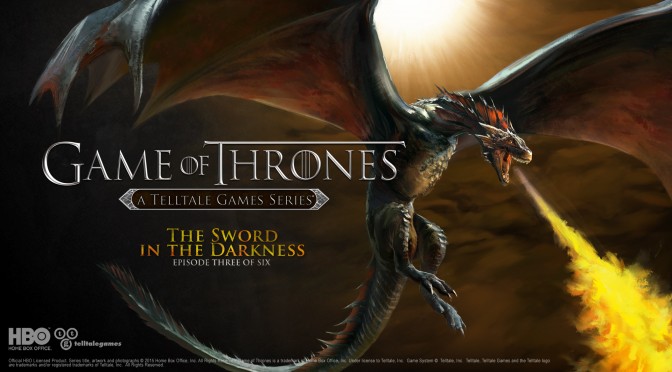 Telltale Games has announced that the third episode of its Game of Thrones video-game series releases today on the PC. In order to celebrate this announcement, Telltale released a new trailer dedicated to this third episode that can be viewed below.

Game of Thrones: A Telltale Games Series tells the story of House Forrester. Caught up in the events of The War of the Five Kings, they are placed in a precarious position where members of the household must do everything they can to prevent the house from meeting its doom.

The game is played from five different points of view. Each is a member of House Forrester; either a direct family member, or a person in service to the House.

In this episode, Asher, the exile, heads to Mereen in search of an army to take on the Whitehills. Meanwhile, far across land and sea in Westeros, Mira must deal with the lethal politics of King’s Landing. Her family’s safety is paramount and she will do anything to protect them, but nothing is given freely, and her choice of allies may soon come to haunt her. To the north, in Ironrath, the Whitehill occupation continues. Gryff Whitehill, fourth-born son, is out to prove himself, and brutality and violence grows daily, pushing the Forresters to make far-reaching decisions. Finally, at the Wall, Gared learns that he must head north if he is to help his house survive. But fate is cruel, forcing choices that will change his path forever.

Game of Thrones: A Telltale Games Series Episode Three: "The Sword in the Darkness" Trailer