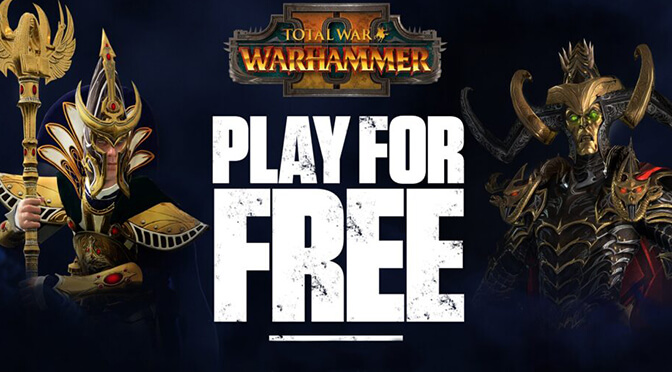 All Total War: Warhammer II free DLC can be played during the free weekend, but you will need to download these separately.

WARHAMMER II is free this weekend!

From now until the 19th of April you can play WARHAMMER II for free. We’re also offering up to 75% off all Total War: WARHAMMER games and DLC until the 23rd.