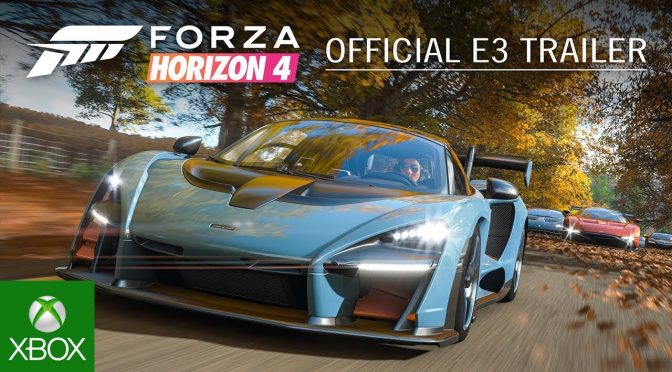 Microsoft and Playground Games have officially announced Forza Horizon 4. The game will be in Britan and will feature dynamic day/night cycles and seasons. Seasons promise to have a big impact on the gameplay as they will affect the way vehicles handle.

Furthermore, the game will feature a shared open world, meaning that other drivers you see in the world are other players. Forza Horizon 4 will feature over over 450 cars, will support cross-play between Xbox and Windows 10, and will feature a simplified chat system.

Forza Horizon 4 will be released on October 2nd on both Xbox and Windows 10 (so as you may have guessed, this will be exclusive to the Windows Store and will be not coming to Steam).

Microsoft has also announced that it has acquired Playground Games.