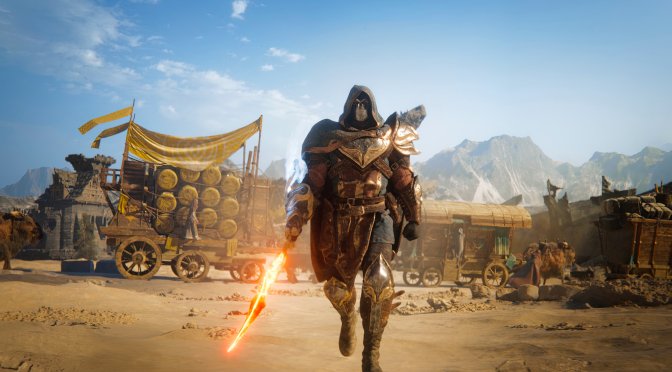 In Atlas Fallen, players will glide the sands of a timeless land, filled with ancient dangers, mysteries and fragments of the past. Players will hunt legendary monsters, using powerful, shape-shifting weapons and devastating sand-powered abilities in spectacular, super-powered combat.

Furthermore, players will target and gather the essence of their enemies to shape their own custom playstyle, forging a new era for humanity in a fully cooperative or solo story campaign.