AMD has revealed the official specifications and the first gaming benchmarks for its upcoming AMD Radeon RX590. According to the red team, the AMD Radeon RX 590 will feature 2304 Stream Processors, will be clocked at 1469Mhz and will be turbo-boosted at 1545Mhz, will come with 8GB of VRAM and will be priced at $279 MSRP. 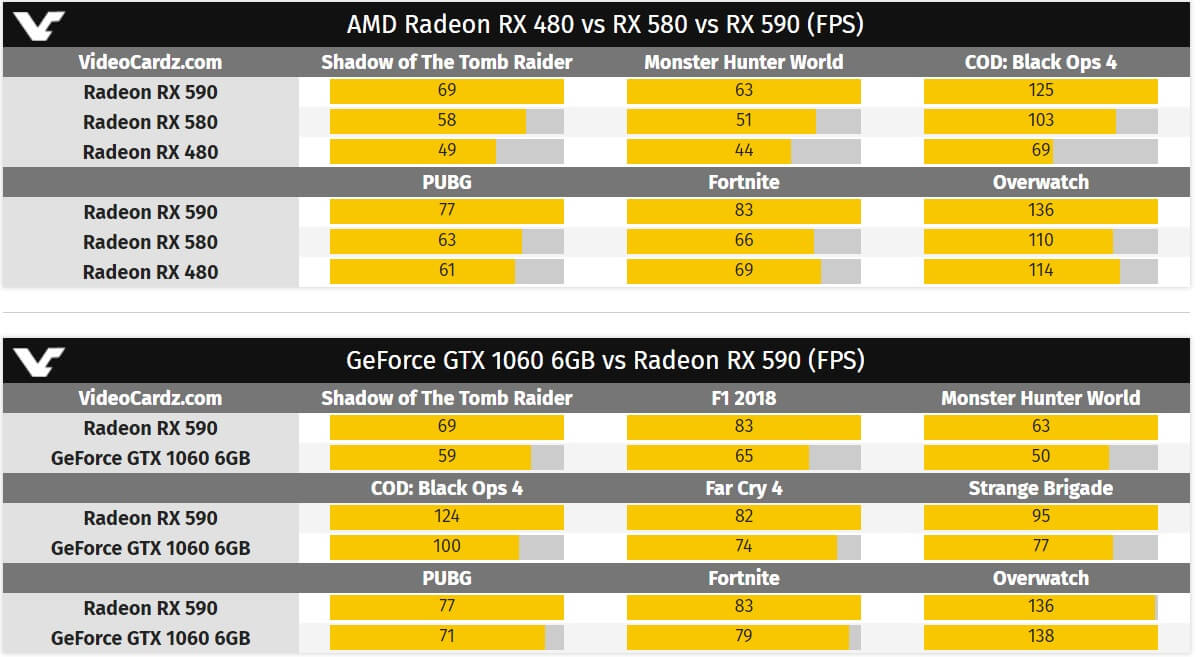 According to these first benchmarks, the AMD Radeon RX590 will be faster than both the Radeon RX580 and the NVIDIA GeForce GTX1060. The GTX1060 is the most popular GPU according to Steam’s charts so it makes sense for AMD to try and beat that particular GPU at a reasonable price.

Whether the third-party benchmarks for this new graphics card will be as good as these official ones remains to be seen. Moreover, it will be interesting to see whether there will be any third-party models at the suggested MSRP price or not.

Thanks Videocardz and kudos to our reader Metal Messiah for bringing this to our attention.