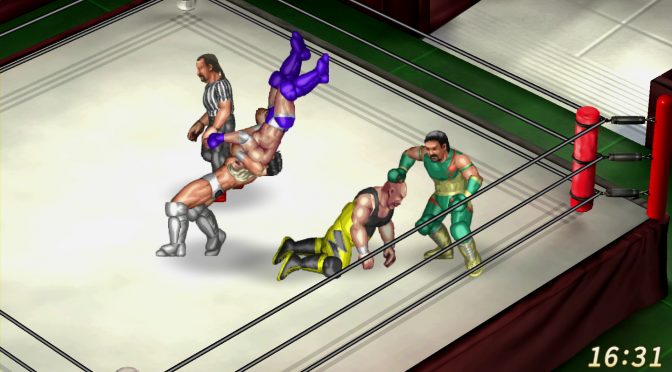 Spike Chunsoft recently announced a new Fire Pro Wrestling game at this year’s GDC. The game will apparently debut on Steam Early Access before coming out on consoles.

Spike Chunsoft will rely on the PC audience to help them iron out the kinks before the game’s launch. In exchange PC gamers get the game sooner and at a lower price. Spike Chunsoft already has the Steam product listing up, and an official page for the game.

Per the Steam product listing the early access period will last a few months. The early access version of the game will debut with online matchmaking as well as editing tools for custom wrestlers and rings among other customizations. The final release will include more game modes and match options.

The greatest grappling game returns to take on the world!
Customize every aspect of the match, from your wrestler to the ring itself, in your fight for the championship belt.

WHAT THE DEVELOPERS HAVE TO SAY:

“Customization is a key component in the Fire Pro series. Our initial goal was to recreate the classic gameplay and key editing features. From here we can have users help customize the game!”

Approximately how long will this game be in Early Access?

“A few months, depending on the scope of feedback.”

How is the full version planned to differ from the Early Access version?

What is the current state of the Early Access version?

Will the game be priced differently during and after Early Access?

How are you planning on involving the Community in your development process?

“Let us know what features you would like to see implemented!
Edit Mode can be daunting for new players. We’re counting on Fire Pro vets to help the community unlock the full potential of the toolset!”