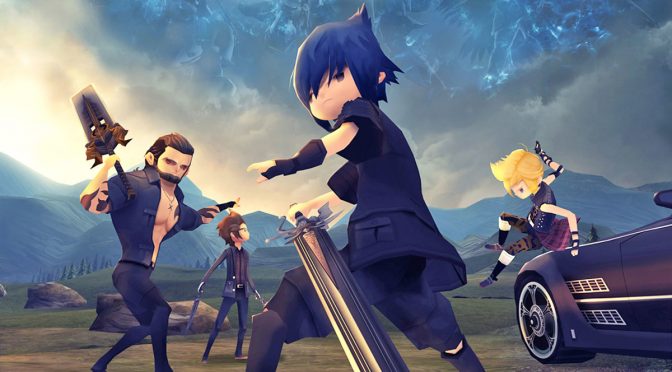 In other words, this is exclusive to the Windows Store, and you can purchase it from here.

Final Fantasy XV Pocket Edition retells the story of crown prince Noctis and his brothers-in-arms, Prompto, Ignis and Gladiolus, across ten thrilling episodes. All ten episodes are available now, with the first episode at no charge and episodes 2 – 10 available for purchase individually or as a bundle.

With an adorable art style and casual controls, Final Fantasy XV Pocket Edition takes the critically acclaimed title and makes it an adventure fans and newcomers alike can pick up, play and enjoy.