Back in January 2019, we informed you about an AI Gigapixel-enhanced Texture Pack for Final Fantasy 7. Titled Final Fantasy VII Remako HD Graphics Mod, this pack was under a beta stage until today. Modder ‘CaptRobau’ has informed us about the release of version 1.0, something that will please a lot of FF7 fans.

As the modder noted, the mod improves the quality of among other things the pre-rendered backgrounds, battle, world textures, as well as the game’s full-motion videos (FMVs). Final Fantasy VII Remako HD Graphics Mod is also compatible with many other mods, such as The Reunion (R03C) or 3D model mods, for the ultimate Final Fantasy 7 experience.

Compared to its beta version, this final version of the AI-enhanced Texture Pack features pre-rendered backgrounds that have been further improved, has fixed some of its bugs and has corrected various graphical issues.

The world textures have also been upscaled 4 times, giving the overworld a much sharper and more detailed look. Moreover, all of the char textures (2D images and 3D models that move independently of the field backgrounds) have been improved.

This is truly an incredible mod and we strongly suggest downloading from its official website. CaptRobau has done an incredible work so kudos to him for providing PC gamers with an amazing fan remake of the classic Final Fantasy 7 game.

Below you can also find some comparison screenshots between the vanilla and the modded versions of FF7. 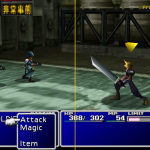 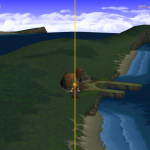 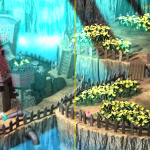